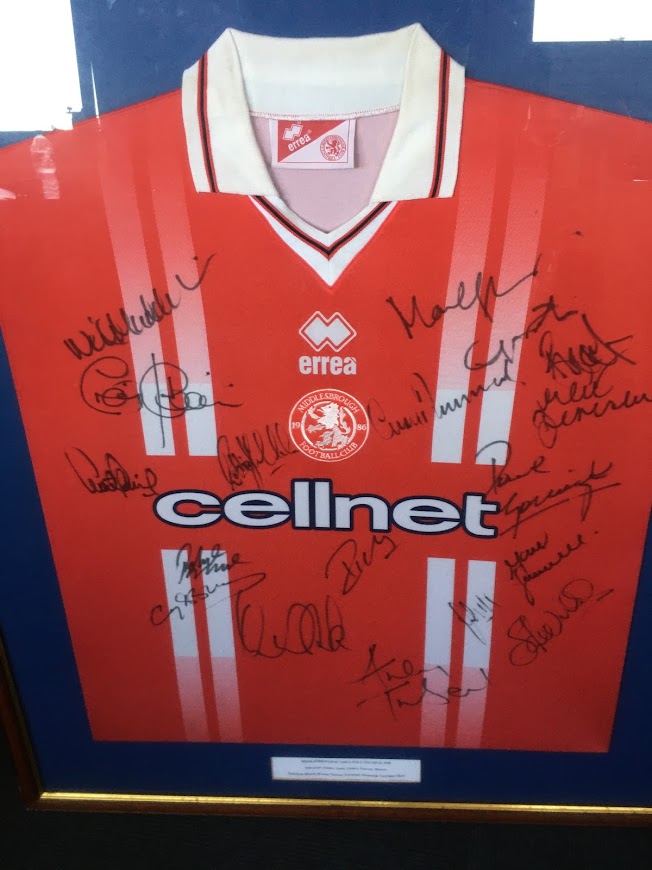 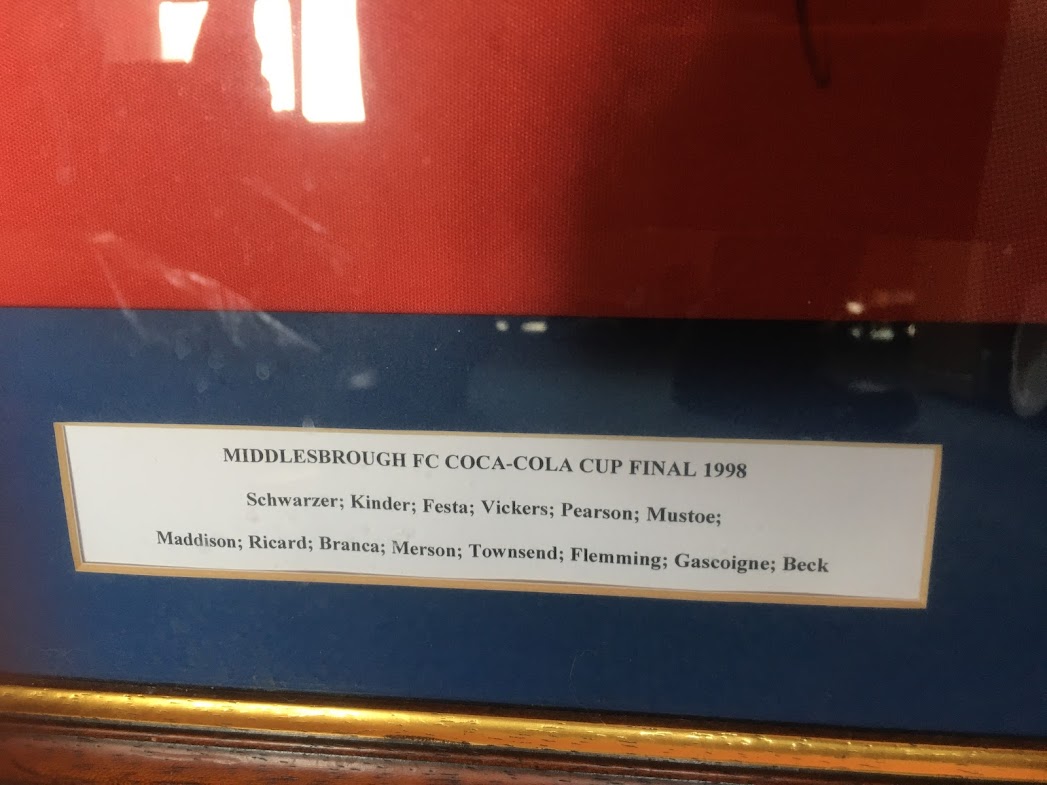 Andrew Buckley spent 12 months working for MFC Foundation and it was during this time that he saw the impact that the Foundation was making amongst the most vulnerable within our communities.

Andrew has decided to run the Great North Run this year to raise much needed funds for MFC Foundation and has a unique way of raising that money.

Andrew said: “I want to raise as much money as possible so I have decided to give a Middlesbrough FC fan the opportunity to win my cherished framed, 1998 Premier League shirt signed by the squad members of the Coca Cola Cup Final including Paul Gascoigne.” He continued ” Instead of asking people to sponsor me we have set up a text mechanic giving fans the opportunity to make a donation of £5 and be entered into a draw to win this one-off shirt.”

Texts cost £5 plus one standard rate message and you’ll be opting in to hear more about our work
and fundraising via telephone and SMS. If you’d like to give £5 but do not wish to receive marketing
communications, text 21RUNNOINFO to 70085.

Paul Shepherd – Business Development Manager for MFC Foundation said: “This is an opportunity for any Boro fan to own a piece of history for only £5 and at the same time help us to continue our inspiring work across Tees Valley.”

The draw will be made following the final whistle of the Boro v Sheffield United game on Tuesday 28th September.

The winner will be notified by telephone the following day.