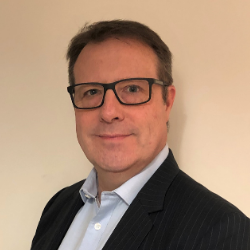 Born in Teesside, Alistair’s career in Financial services has taken him around the world with assignments in Europe, America and Asia where he spent 16 years in Tokyo

Having held executive roles at several of the worlds leading investment banks during a career spanning over 20 years, Alistair brings a wealth of experience in strategy development and managing large, complex programmes.

Alistair grew up in Redcar and his first job when he left school was as a Lab Assistant at the ICI Wilton plant. After studying at night school on one of ICI’s further education programs he was able to gain a place at Westminster University and graduated in 1991 with a BSc(Hons) in Computer Systems Technology.

He is currently based in London where he is an Executive Director at Goldman Sachs investment bank and is a passionate advocate for Teesside and the North East.

Alistair is a Patron of the Middlesbrough and Teesside Philanthropic Society and actively engaged with Teesside University on social mobility initiatives. He also sits on the University’s Business School Innovation Group.

Alistair is delighted to be an Ambassador for MFC Foundation which he says ‘plays a critical role in raising aspirations and providing opportunities for people in our region.’ 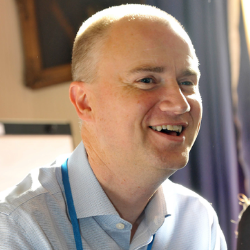 Tom has been Chief Executive of Leeds City Council since 2010 and during this time has overseen £300m of efficiencies across the organisation and a significant transformation of the city, which is halfway through a £10bn investment pipeline.

Plans are set to double the size and economic impact of the city centre through regeneration of the South Bank, one of the largest city centre regeneration and growth initiatives in Europe.

Tom’s top priority is for the city’s growth to be inclusive with a key ambition of reducing health inequalities and improving the health of the poorest the fastest.

In 2018, Tom led the regional bid that secured the new Channel 4 headquarters in Leeds bringing over 300 new jobs and unlocking growth in Yorkshire and the North East.

Tom is leading the city’s participation in the Boston MIT global programme which will drive innovation and enterprise across the region, and played a key role in securing and running the 2014 Grand Depart of the Tour de France in Yorkshire.

Leeds City Council won the MJ’s Council of the Year award in 2016 and was named Digital Council of the Year in the 2019 Digital Leaders 100 awards. For his commitment to the region, Tom was awarded Yorkshire Man of the Year 2017 and most recently CBE for services to local government in the 2020 New Year’s Honours. He is also a trustee on the Centre for Cities Board, and the Council’s mental health champion.

Tom is a Trustee of the Centre for Cities, chairs the Leeds Academic Health Partnership and has held various roles promoting local and central government engagement, including devising the local COVID contain framework during the pandemic.

Tom has supported Middlesbrough FC for 47 years and is an original Red Book season ticket holder.