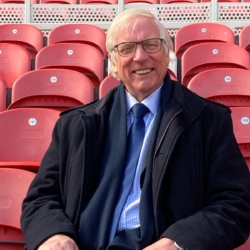 Born and bred in Middlesbrough and very proud of it, John has spent the whole of his career in the steel industry mainly on Teesside but also working in other parts of the UK. He held a number of senior managerial appointments prior to joining Teesside Cast Products as HR Director in 2006, remaining in that role until the plant was mothballed in 2011. John held the post of Director, Public Relations & Media with SSI UK from June 2011 until the plant closed in 2015

During his career John has also served as part of several business management committees, and represented the company on a number of external bodies for example; regional development project group, board member of a JV training organisation. John is a board member of the South Tees Development Corporation and is also Chair of the Board of Trustees at the Teesside Learning Trust (multi academy trust).

A keen ‘Boro supporter, John feels that raising aspirations within the local communities is an important factor in assuring the future success of the area. He sees the Foundation, particularly with its association with Middlesbrough Football Club, as being ideally placed to raise standards and provide opportunities for a wide cross section of the local population. 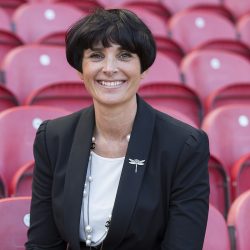 Joanne’s career spans over 25 years working within the Tees Valley, County Durham and North East area and with an extremely successful career to date Joanne has recently taken up a role as Business Relationship Specialist for Stockton Borough Council.  A role which recognises Joanne’s strengths in building and developing long term meaningful relationships.

Joanne is an experienced specialist, working with and influencing North East Businesses and recognised as one of the North East Best Connected Individuals have ensured that    Joanne has been named as one of the NE’s most Influential 500 and considered to be one of the most influential people in the business community within the Tees Valley.

Joanne is delighted to be appointed as a board member of the Charity and is keen to play her part in the development of the foundation and continuation of the fantastic work that has achieved to date. 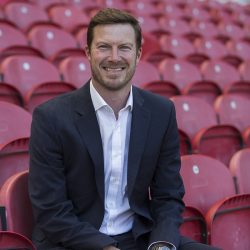 After a management career that has taken him to Panama and Switzerland, Neil initially joined Middlesbrough Football Club in in 2007 as Chief Operating Officer to review the club’s operational and commercial activities, including all customer-facing aspects.

He was made Chief Executive in March 2012 after nine months doing the job on an interim basis. Neil had previously worked with chemical companies such as ICI and more recently Syngenta.

Neil is delighted to be a trustee of MFC Foundation and thinks the work carried out by the Foundation has fantastic benefits for the community. Neil believes it is important to raise aspirations of young people and adults across Teesside and firmly believes the work of the Foundation is making a positive difference. 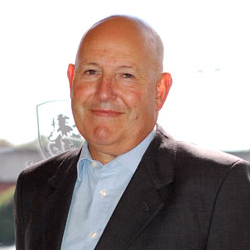 Robin was born in Stockton on Tees and has lived in the Teesside and surrounding area all his life. He is a solicitor and following being a partner initially with Jacksons and subsequently Dickinson Dees, he now works as Group General Counsel for The Gibson O’Neill Company Ltd. When Senior partner at Dickinson Dees he was an active member of CBI North East, where he served as Chairman, and NECC, where he was on the Regional Council. He is currently a Governor of Teesside University.

Robin is passionate about Teesside and believes the work of MFC Foundation is one way to assist in raising aspiration of those who live here through the power of football to engage communities in ways that other are unable to do. 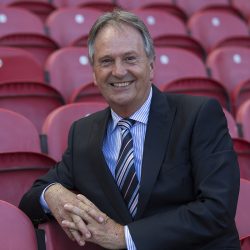 Graham is a Chartered Accountant and Chartered Tax Adviser and is a director of The Gibson O’Neill Company Limited, the holding company of Bulkhaul Limited, Middlesbrough Football & Athletic Company (1986) Limited and Rockliffe Hall Limited.

Graham qualified as a Chartered Accountant in 1978 with a small firm in London before joining Price Waterhouse. He transferred to Leeds in 1984 and became a partner two years later, specialising in tax. 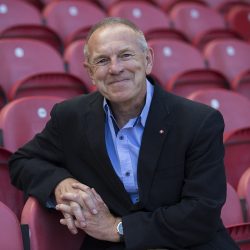 Peter Rowley spent over 30 years in senior roles in banks and building societies before retiring as chief executive of Darlington Building Society in 2009 after 17 years in post. Since then, he has enjoyed a second career providing advice and guidance to a diverse range of private, public and not for profit clients.

He is Chairman of The Sports Council Trust Company, Chairman of British Weightlifting, the lead non-executive director of the Sports Grounds Safety Authority, Vice Chairman of StreetGames UK and a trustee of Tees Valley Community Foundation

A Fellow of the Centre for Governance, Leadership and Global Responsibility at Leeds Beckett University undertaking Doctoral research into the board effectiveness of National Governing Bodies of Sport, he lectures in economics, finance and strategic management in sport at 3 universities and is a consultant on governance and assurance for 2 grant making trusts.

Peter believes passionately in the power of sport to change lives and communities for the better and received the OBE for services to sport administration in the New Year Honours List 2017. 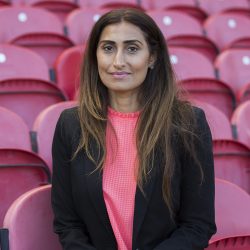 Yasmin has worked with communities and particularly women in addressing inequalities in the field of employment, education and training. Establishing a Strategic Community Partnership to provide support for Forced Marriage and Honour Based Violence Victims in the North East of England, Yasmin has established a pioneering programme of work across the Tees Valley This has resulted in developing the first Forced Marriage/HBV case scrutiny group across the UK. Yasmin has a wealth of experience in the field of Equality & Diversity and as such held the position of Chair of the Strategic Independent Advisory Group for Cleveland Police and CPS NE Race Scrutiny Group. Yasmin has successfully led a multi-million pound ESF programme through the EQUAL programme and promoted a cultural shift in the Housing Sector. This programme has mainstreamed BME employment programmes within Europe and the UK as well as improved supplier diversity for SME’s.

Yasmin has been awarded the Citizen of the Year and Mayor’s Award for her contribution to the Diversity and Inclusion works she undertakes and in 2014 been involved in a Parliamentary briefing as part of a UK Summit to stop early childhood forced marriages and violence against women agenda. She continues to provide innovation and better outcomes for victims by addressing issues such as lack of housing and inequalities in service provision. 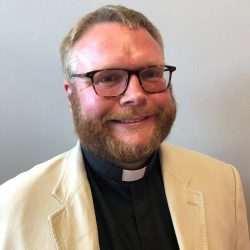 Father Adam is 39 years of age, was born in Middlesbrough and brought up in East Cleveland.  On completing his education at Warsett Secondary School in Brotton, he attended the Prior Pursglove College from where he gained a place to study Theology at St John’s College, Durham University.  On completion of his first degree Father Adam studied for a Master’s degree in Church History.

He was ordained in York Minster in June 2005 and was appointed to work in the Parish of Acscention, Berwick Hills, Middlesbrough, as a Curate.  In 2009, he was appointed to his present position, as Rector of Loftus-in-Cleveland and Carlin How.

Father Adam held the position of Chairman of Trustees at Unity City Academy in Middlesbrough from 2010 – 2017.  He also served as a Trustee of the Greensward Charitable Trust and thereby, as a member of the Academies Enterprise from May 2016 until July 2018.  In addition, Father Adam was a Governor at Whitecliffe Primary Academy School in Carlin How from 2009 until 2018.  He is now the Vice Chair of the Teesside Learning Trust and also a member of the Governing Board at Freebrough Academy.

Father Adam is active within the community of East Cleveland and has been a Trustee of the Cleveland Ironstone Mining Museum since 2009 and is currently the Chairman.

He is an active supporter of numerous other community and social groups within the East Cleveland area and has dealt with the Local Authority closely on a number of local issues, but was also the Chaplain to the Mayor of Redcar and Cleveland for the civic year of 2018 – 2019.

In his spare time, he likes to keep physically fit by attending the gym and other outdoor activities. 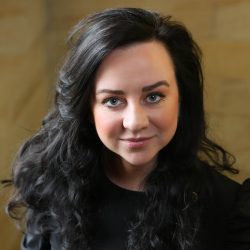 Katie was born and bred in Middlesbrough.

From a young age she was educated at Queen Mary’s School in Topcliffe, where she gained her GCSEs before moving to St Aidan’s Sixth Form College in Harrogate, where she obtained ‘A’ levels in English Literature and Language, Psychology, French, Theatre Studies and Performing Arts.

After gaining a scholarship to Northumbria University, Katie moved to Newcastle where she trained and received her BA in Performance in 2012.

On completion of her University studies, Katie moved to London to progress her acting career, and travelled the world, working with some well-known names within the industry.

In 2014, Katie founded her own production company, Twenty Seven Live Ltd, specialising in site specific theatre, which has been described as, “North East’s Leader of immersive work”.

As a writer and Executive Producer, she now intends to develop a new musical about Middlesbrough’s heritage, which is presently in the planning stage.

As an actress, Katie has worked on screen and on stage, in radio, West End, but most recently has appeared on stage as ‘Mary Jane Jonas’ in The Greatest Game.

In her spare time, she is a keen gardener, animal lover and supports the Boro football team in lots of different ways.