PREMIER League Kicks began as a pilot project in London between the Premier League and the Metropolitan Police in 2006, with the aim of using football to bring communities together and engage with young people.

Kicks uses the power of football and appeal of professional football clubs brands from the Premier League and Football League to engage young people who may otherwise be difficult to reach in some of the most disadvantaged areas of the country.

The vision is to ‘build safer, stronger, more respectful communities through the development of young peoples’ potential.’

Kicks works closely with partnerships such as Youth services, local councils, the Police, Green Sky Fitness and ‘Prison? Me? No Way!’ to help raise aspirations of the young people that attend, and encourage them to make the right choices in the community.

All of the PL Kicks coaches are F.A qualified, however the programme isn’t exclusively about football. We offer a variety of different active such as: kick boxing, street dance, graffiti art workshops and prison van workshops to name a few.

Further to these activities, Kicks gives the young people who attend the choice to choose what activities they would like to take part in through an initiative called PL Youth Voice. The initiative is designed to get young people to share their ideas and experiences to not only aid their learning, but the learning of their peers too.

The young people who attend Kicks on a regular bases and have a good attitude are given rewards, and are invited to various trips across the year. These include regular trips to the Middlesbrough FC first team games, playing against other Kicks teams from professional clubs such as Sunderland, Stoke and Leicester, and trips to theme parks like Flamingo Land.

The tournaments are designed to break down barriers between different wards across Teesside, bringing all sites together and allowing them to socially mix with other young people they have never met. It also gives them a sense of pride that they are representing their area in national competitions.

Premier League Kicks also raises the aspirations of young people in the most deprived areas across Teesside with qualifications, such as ‘Junior Football Leaders Awards’ and’ FA Level One Coaching Awards’ across different sports. There are also volunteer opportunities which have led to casual paid hours on the Kicks program. The coaches build up a strong positive bond with the young people, becoming role models, and always reinforcing that they can achieve anything if they put their mind to it. 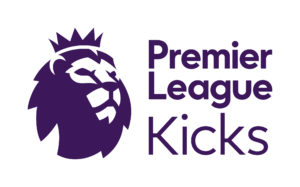 END_OF_DOCUMENT_TOKEN_TO_BE_REPLACED

A MEMORIAL tournament that will ensure the name of a lifelong Boro fan and former trustee of MFC Foundation lives on is to be staged at the end of this month.

Fittingly, the Stewart Smith Memorial Trophy, a football tournament aimed at U7-U12-year-olds, will be staged over two days at the Herlingshaw Centre where seven years ago he cut the ribbon on a brand new 3G outdoor pitch.

Stewart sadly past away before he had time to add to his considerable legacy throughout the Teesside area, but he family are determined his work will continue to benefit communities he was so proud to be part of.

He helped shape the Foundation in the way you see it today, mixing the passion for his football club with his vision in the world of business to the benefit of communities throughout the area. It was that business acumen that saw him named North East Executive of the Year in 2010 – a moment of great pride.

If you would like to know more details about the Stewart Smith Memorial Trophy which will held on Saturday 28th and Sunday 29th May, please e-mail Sean at sean.mackin@mfcfoundation.co.uk or ring the Herlingshaw Centre on 01642 282128