IT began as a seed of an idea which blossomed into something of which youngsters from Acklam Green PL Kicks and their session leader can be very proud.

It’s very easy to knock the younger generation, but the work MFC Foundation’s Kicks programmes are doing throughout the area is having a positive effect and shining a light on achievement.

The session at the Acklam Green Centre in the Whinney Banks neighbourhood of Middlesbrough is typically vibrant of the programme. Six youngsters from there wanted to make a difference on two fronts and working with Jim Dyson, a transitional youth worker with MFC Foundation, they tackled issues concerning the environment and racism.

Klayton Browne, Clayton Green, Taylor Green, Alfie Robson, Maddie Smith, Leo Wardman and Jayden Wood set about collecting as many plastic bottles as they could. Helped by friends and families they quickly accumulated plenty bottles that may have been recycled, but more likely gone to landfill.

Local artist (and Boro fan) Bobby Benjamin was brought on board, his enthusiasm was infectious and together they came up with a very simple yet highly effective concept of cutting up the bottles into pieces no bigger than an inch square and turning them into a ball with a message #unityutb 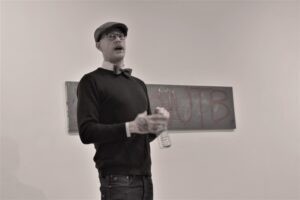 The acronym UTB is well known across Teesside, standing for Up The Boro. Adding unity created another simple and effective message, one that discrimination in all its hideous forms will not be tolerated.

Emphasising this message in song came with the collaboration of Borderlands and local rapper Shakk, who worked with the youngsters to create a tune you’ll hear a lot more when released to a wide audience in a few weeks.

Bottle collection and recycling will continue at Acklam Green and beyond as will messages against discrimination, echoed by Borderlands and supported wholeheartedly by the Deputy Mayor of Middlesbrough Mieka Smiles and Steve Turner, the Cleveland Police and Crime Commissioner both of whom were among distinguished guests at the unveiling at Pineapple Black in Middlesbrough. 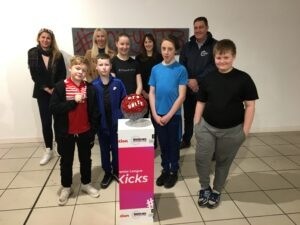 “The project has been a resounding success and one I am very proud of,” says Dyson. “It has provided the young people who we regularly engage with, with a change to challenge themselves and learn new talents as well as giving them a voice on what injustices they see in their community.

“It also allowed us to build a new partnership with Borderlands that will hopefully see us collaborating on future social action projects on other Kicks sites across Teesside.” 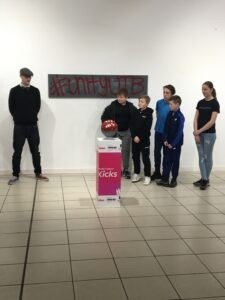 Shahda Khan, Director of Borderlands, added: “It’s just amazing to hear the chant and see this artwork come to life but the most important thing is the way this project has put the community first.

“It is their idea, a project that has been co-created by young people and community members here. And it is such an important time to get young people thinking about standing up to hate and discrimination – and using rap music and art was a great way to get everyone working together in new and creative ways. 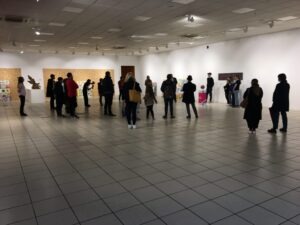 “Of course, none of this would’ve been possible without the brilliant work of MFC Foundation. Boro’s squad is an inspiration to so many young people in Middlesbrough, Redcar and around Teesside – so this whole idea has helped us to connect culture and creativity to local families. Seeing the passion of the young people we are confident it is just the start of something big here.”

The enthusiasm of Bobby Benjamin was clear when he concluded: “It has been mint to work on this project, because it uses art to engage young people with key issues such as discrimination and sustainability – these are the things that matter so much to them, so I loved hearing their ideas and making it happen with them.

“It has been a great opportunity to develop new work in collaboration with some amazing young people and for us to work with our beloved hometown club. Up the Boro!” 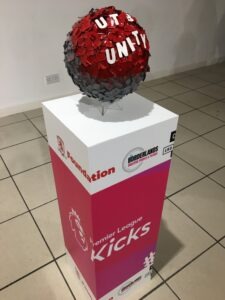