Stepping Up Branches Out Into Redcar & Cleveland

MFC Foundation’s innovative Stepping Up programme has been given funding by Redcar & Cleveland Borough Council to expand the programme to five new schools in the region.

The Stepping Up project aims to listen to, support and engage young people and their families in the transition pathway from Key Stage 2 to Key Stage 3, and to prepare children for the social and emotional aspects of transition through a programme that uses the inspirational draw of a professional football club and the staff team associated to it.

Though many secondary schools work closely with primary schools on the process of transition, this is only a temporary measure and the pupils have to adapt.  It can take a lot of resilience, confidence and spirit to learn to accommodate such a big change to a pupil’s lifestyle and the lack of these skills and a role model figure to help develop them can lead to pupils becoming lost and disengaged.

The national Children and Young People’s Mental Health Strategy ‘Future in Mind’ states that over half of all mental ill health starts before the age of fourteen years and seventy five percent has developed by the age of eighteen.  This project supports one of the key themes of this strategy – ‘promoting resilience, prevention and early intervention’.

The project has been identified as a need through the Health and Wellbeing Sub Group of the Grangetown Child Poverty Partnership.

The Stepping Up Coaches work with Year 6 children on a variety of sport and educational activities, both universally and through targeted interventions. The coach then moves up to the secondary school with the young people and works with them for a further six months in that setting. This provides a constant, trusted adult in the children’s schooling covering a full academic year of transition for the young people. 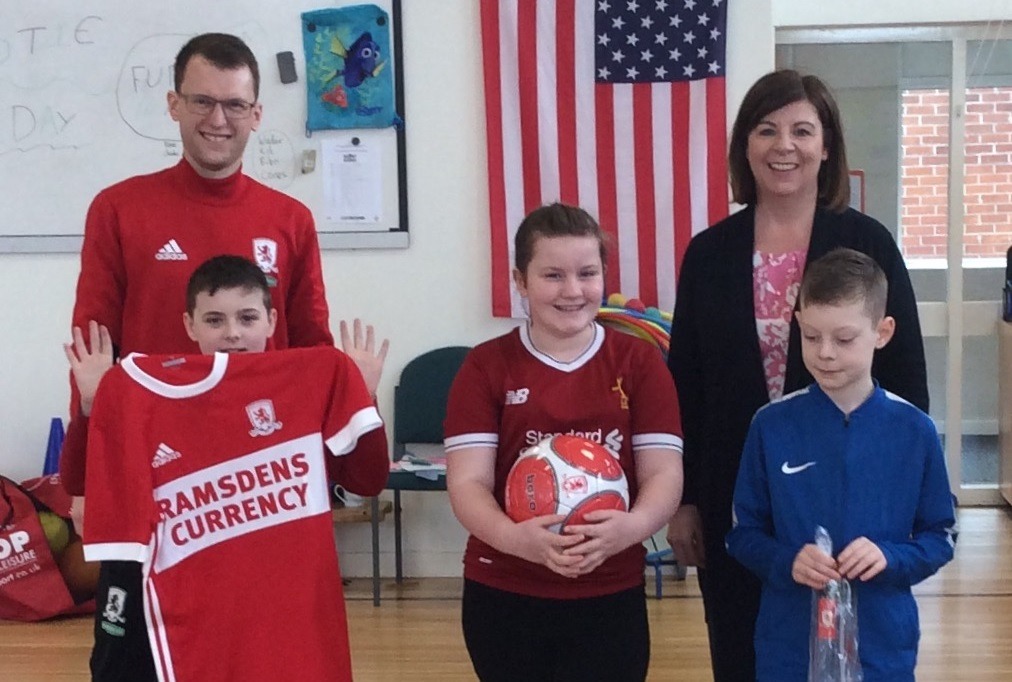 “We are delighted to be expanding our reach in to Redcar and Cleveland. The Grangetown area has a definite need for this form of intervention. We are the pioneers of this type of project, and our hope is that it can grow to become a nationally delivered scheme in the near future.”

“We are so pleased that the MFC Foundation will be expanding its programme to five of our schools. It is so important that we make sure a child’s move to the next level of education is as smooth as possible, and as a council we are absolutely delighted to be supporting this exciting programme.”

END_OF_DOCUMENT_TOKEN_TO_BE_REPLACED

A groundbreaking scheme to encourage teenage boys to look after their mental health has won a prestigious national award. Stepping…

END_OF_DOCUMENT_TOKEN_TO_BE_REPLACED

Boro Shirts To Be Auctioned For The Foundation

Sunday’s visit of QPR is a landmark game for two reasons. It is the first home game for Neil Warnock…

END_OF_DOCUMENT_TOKEN_TO_BE_REPLACED

The latest addition to our Virtual Classroom is in association with our PL Inspires programme. To save the image, hover…

END_OF_DOCUMENT_TOKEN_TO_BE_REPLACED
We use cookies to ensure that we give you the best experience on our website. If you continue to use this site we will assume that you accept the use of cookies.AcceptRead more