Shotton’s Stepping Up at Hillsview Academy

Shotton was at the school for a discussion with the students about their recent transition from primary school to secondary, having only recently moved up to Year 7 this past September.

The aim of the meeting was to discuss feelings and emotions surrounding transitioning to a new, bigger school, in a bid to help tackle any anxiety, personal worries or dangers of acting out due to stress and other contributing factors.

The children also had some questions for Ryan about his own move from primary to secondary education, as well as about how he coped moving around the country from club to club.

“When I was younger, I went to a primary school near to where I lived. However, when I went to secondary school, it was about the distance between Darlington and Middlesbrough, so I had to get the bus every day, which was quite daunting. Having a programme like this to support children moving schools is fantastic, and something I really would have benefited from if had it been around back then.”

Ryan finished off the session by taking on questions about his footballing past, including his favourite match he has played in, and some of his most difficult opponents on the pitch.

There was just enough time for every pupil to receive a signed copy of Middlesbrough FC programme from the Reading game back in February, in which Ryan was on the front cover, and the chance to pose for a few photos.

In his closing message to the children, Ryan said: “You can do anything in life, any of you, if you work hard enough at what you want to do. That’s what I believe, and that’s what I’ve done.” 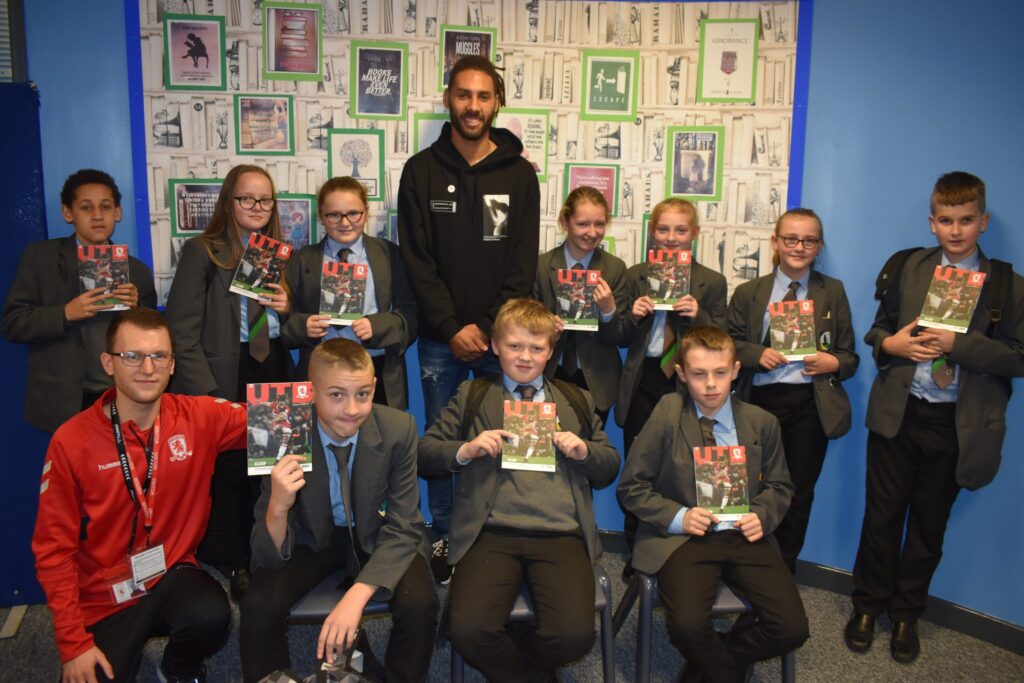