The four players were split in two on arrival, with Dimi and Randolph dropping in on a Year 1 P.E. class, which focused on catching and throwing technique – a skill both players have proven clearly adept in.

Meanwhile outside, Johnson and Mejias joined in with a Year 3 P.E. class, who were practicing their turn of pace and agility with a game of British Bulldog and Stuck in the Mud. 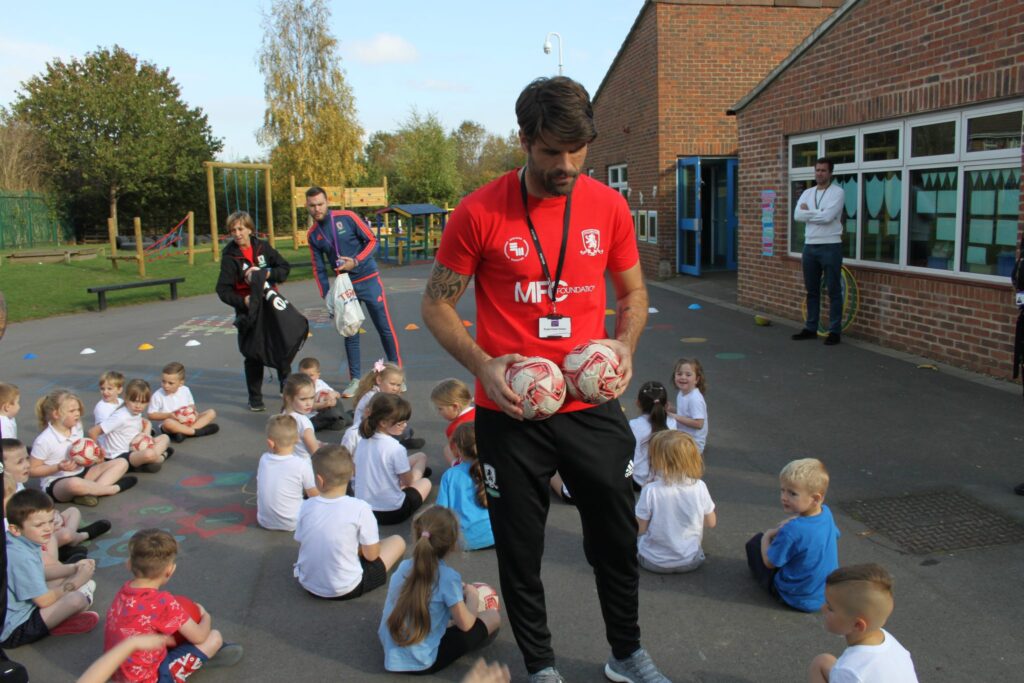 While the children got changed back into their schools uniforms, the players were given a guided tour of the school by head teacher Mrs. Randall-Harris, before joining the school assembly as their special guests.

Themed around conduct and team-work, the Boro stars took part in a Q&A with the pupils on stage, with the children asking questions tailored to topics surrounding behaviour on the pitch, and sending good messages out to children across the school.

Available to every primary school in England and Wales, it inspires girls and boys aged 5-11 in the classroom, the playground and on the sports field. 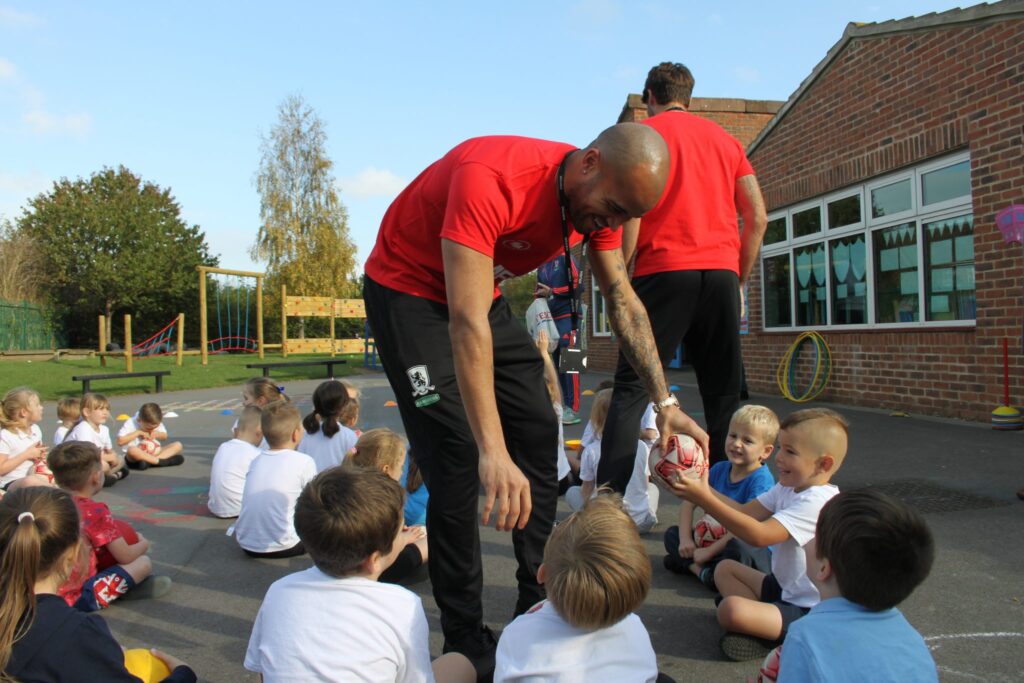 “We’d like to thank Norton Primary Academy for having us at their school today,” said Randolph.

“It’s good sometimes to go and see the fans and spend a bit of time with them. Sport is very important at a young age, it helps you to focus and learn key skills, as well as being very good for your health.”

Natalie Guy, MFC Foundation’s Premier League Primary Stars added: “The children’s behaviour was impeccable; they had a fantastic time. They asked both interesting and informative questions from the players, and really engaged and listened to their answers. We hope Norton Primary Academy will remember this visit for a long time.” 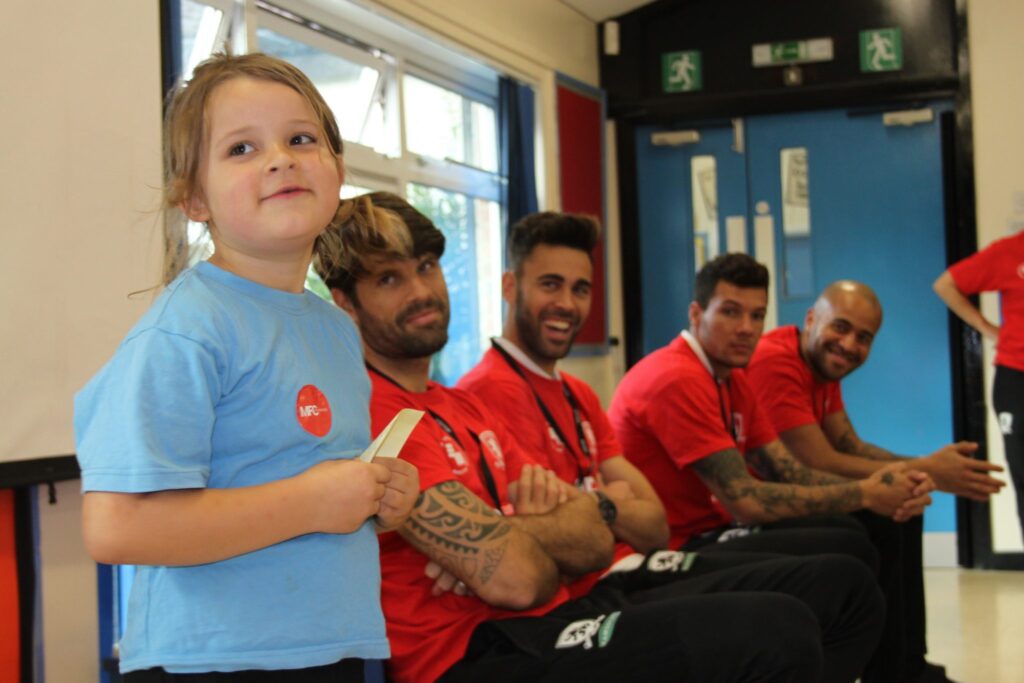