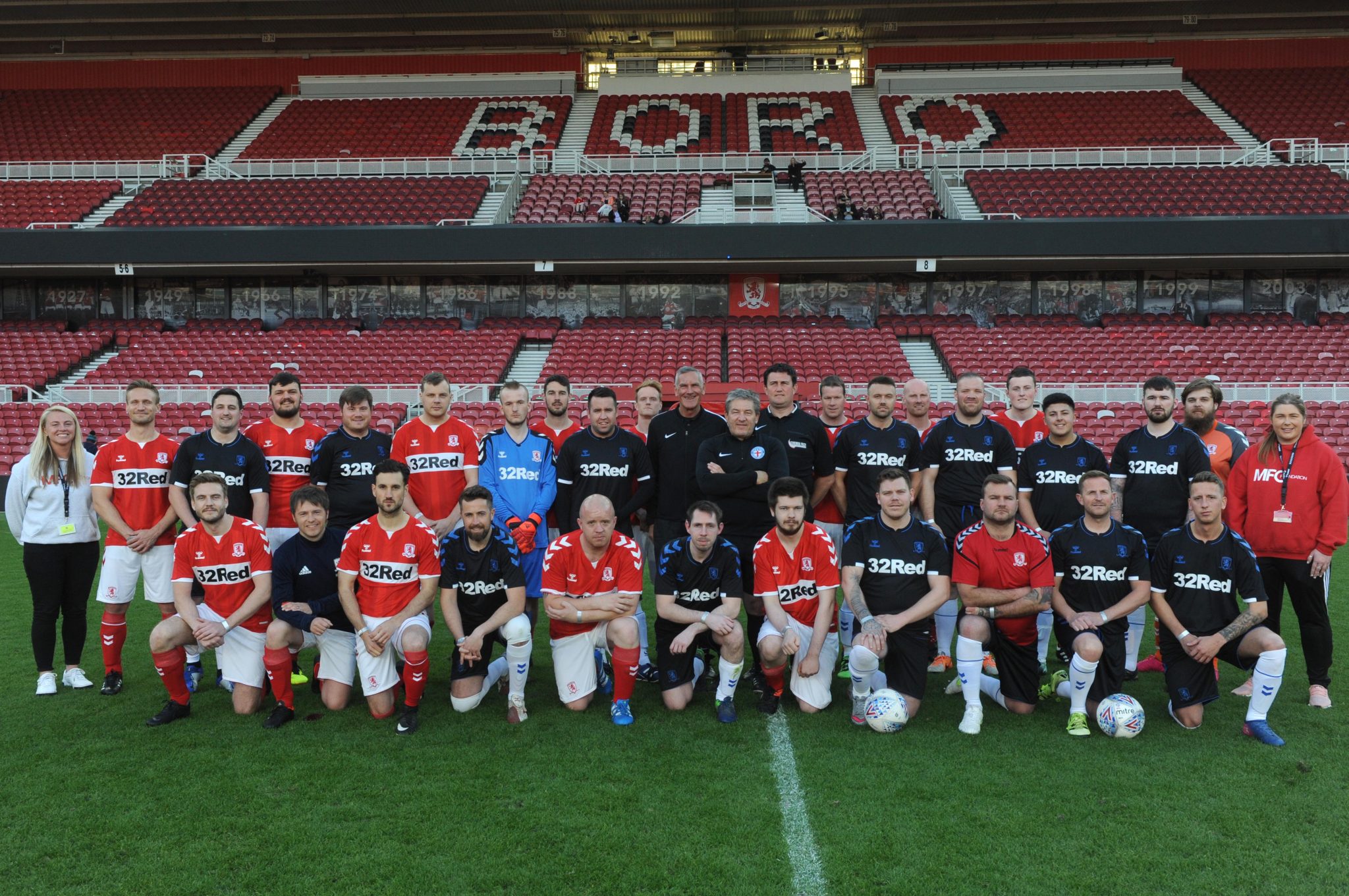 Middlesbrough FC Fans had the chance to play on the hallowed turf and follow in the footsteps of their heroes at the Riverside Stadium.

Boro supporters had the chance to create their own memorable moments at this year’s Play on the Pitch event at the Riverside Stadium, on Sunday 12th May in support of MFC Foundation.

Fans were able to participate in a full-length match at the home of their heroes, followed by a medal and certificate presentation to commemorate the event, capped off with post-match refreshments, enabling friends and families to join the players in the Riverside Suite after the game.

Andy Campbell Ex Player and team manager for the night said: “I was delighted to be asked by MFC Foundation to help out in what is becoming a regular fans favourite. Having played for Middlesbrough I know what it feels like to run out of the tunnel and onto the pitch, so for these fans tonight it was a once in a lifetime opportunity.” He continued “I told all of the players prior to kick off to enjoy the experience and remember the moment.”

As well as getting the opportunity to play on the pitch the fans also contributed £100 each for the privilege which was donated to MFC Foundation. Alan Geddes Events and Fundraising Coordinator for MFC Foundation said: “We were oversubscribed for this event as this type of opportunity doesn’t come about that often.” He continued “I would like to personally thank all of the players for their donations which have raised a whopping £2800 for MFC Foundation and will help us deliver our work across Teesside, raising aspirations and changing lives for the better.