The group were given a guided tour of the school, which ranks among the best secondary schools in the region, to learn more about our transition-based scheme.

Stepping Up aims to provide a positive catalyst to better prepare children stepping up from primary to secondary school. The main objectives are to prepare children for the social and emotional aspects of transition through a programme that uses the inspirational draw of a professional football club and the staff team associated to it. 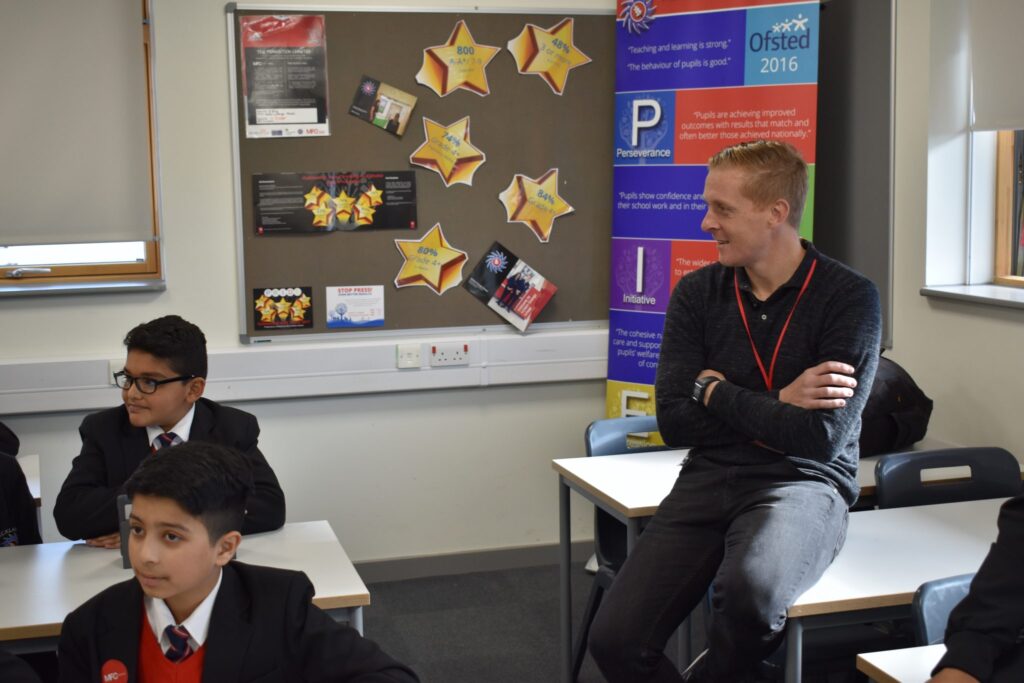 Monk, his staff and the players dropped in on a Year 7 class who were taking part in a number of classroom based activities designed by the National Literacy Trust. The players went round the tables to offer the children support, as well as helping them with an answer or two.

From the classroom to the sports hall, Foundation Stepping Up coach Matt Kirk led the pupils for a P.E. session based around the activities they had learned previously. Based around specific footballing skills, the trio of players gave demonstrations on how to perfect some of the trickiest of skill moves, before helping the pupils to replicate them. 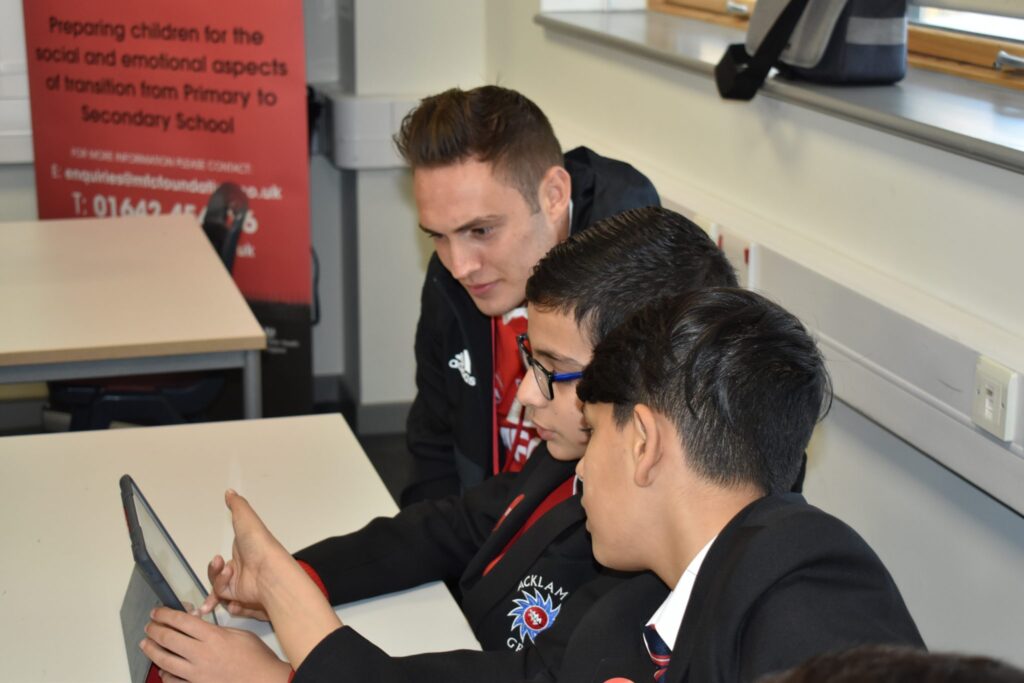 There was just enough time for the Boro cohort to visit the school’s brand new garden, which Garry Monk and his team officially opened on behalf of the club.

“It was a great afternoon at Acklam Grange, I was very impressed with the school and its facilities,” said Monk.

“It is clear to see the Foundation are doing some very promising work in these schools.  As you can appreciate having experienced it yourself, stepping up from primary school to secondary school can be quite daunting. 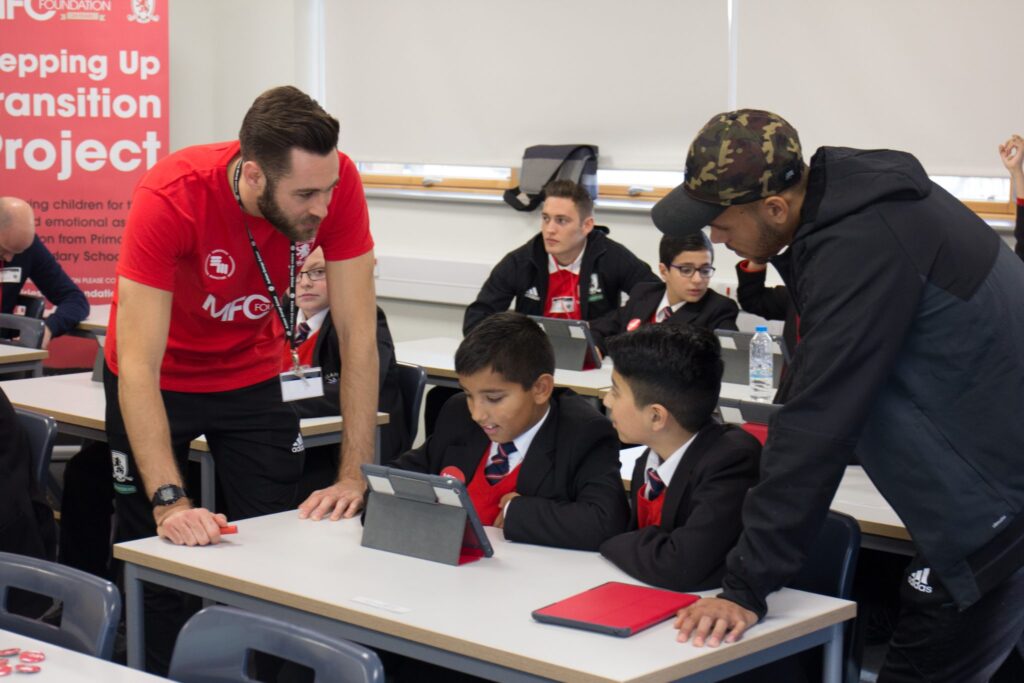 “Knowing the great impact the football club has on the community, it’s great to see that translates into the schools.”

“It is fantastic to see the club and players being hands-on and supporting the Foundation,” added Matt Kirk.

“Having Garry Monk here made the session even more special; and a just reward for the excellent partnership and working relationship we have with Acklam Grange School.”