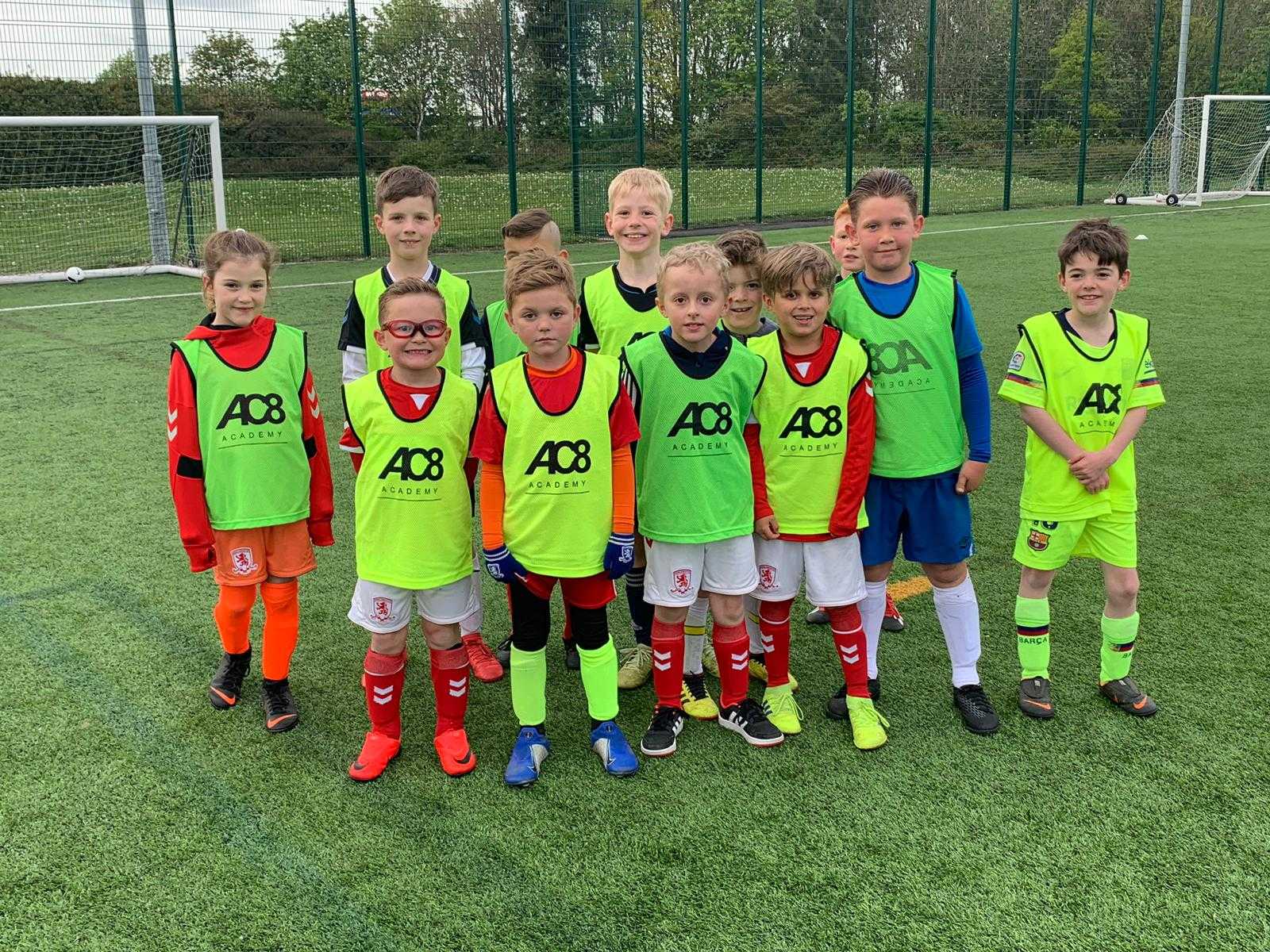 Middlesbrough FC star Adam Clayton celebrated the launch of his Football Academy, the AC8 Academy, by inviting boys and girls of all abilities, aged 5 and upwards, to attend a FREE taster session at AC8 Academy’s new home and MFC Foundation venue the Herlingshaw Centre on Thursday 9th May.

Children aged 5 – 9 years were invited to attend a one-hour FREE taster session from 6-7pm and young people aged 10 – 14 years from 7 – 8pm. Over 150 children attended along with their parents and were treated to the FREE session along with an appearance of first team squad members George Friend, Ryan Shotton, Dimi Konstantopoulos as well as Adam Clayton.

The taster session was an opportunity to be coached by Adam and his team of expert coaches and gain an insight into what aspiring young players can expect from his weekly Academy sessions. The AC8 Academy will bridge the gap between grassroots coaching and professional academies, offering all children and young people the opportunity to access the highest standard of coaching in a professional environment in which they can have fun and develop as individuals, under the expert guidance of experienced coaches who have invaluable experience of the professional game.

Adam said: “I am absolutely delighted to be launching the AC8 Academy in Middlesbrough. Football is my absolute passion; it has been an ambition of mine for a long time to create an Academy which could offer opportunities for young people to access the highest calibre of coaching, regardless of ability or background. I feel incredibly lucky that the opportunity has come along to make this dream a reality. I hope to inspire children and young people from all walks of life to embrace the sport I am so passionate about. I firmly believe sport has the power to enrich lives. By creating a high energy, positive and nurturing environment it is my ambition that the AC8 Academy will harness enthusiasm, build confidence, knowledge, resilience and self-esteem and support and encourage each and every child to reach their full potential.”

He continued “The Academy shares many of these values with MFC Foundation who do some outstanding work across Teesside, supporting many incredibly worthwhile causes. I am thrilled that we are announcing a partnership with the Foundation and look forward to working with them closely on partnership projects in the near future.”