“I keep saying it, but it really has changed my life”

A staunch Middlesbrough Football Club supporter for over 40 years, Mental Health nurse Mark Davies is enjoying a new lease on life thanks to the Football Fans in Training programme.

This time last year, the 46-year-old Boro fan from Linthorpe, Middlesbrough, was fed up. Not with his job, or his wonderful family, but with his weight.

“I turned 45 and I was pushing 19 stone on the scales, and I was getting out of breath tying my shoe laces. Now I felt it was time to make a change,” he said.

“I’ve tried the fads like Atkins or just eating cabbage, and you lose it quick but it goes straight back on.”

Passing his 45th birthday gave Mark the wake-up call he had long wanted, but where could he start?

“My son and I have season tickets in the Generation Red Zone, and we used to always walk past the Foundation’s Arriva Health Bus, so my son would hop on and play on the Xbox while I had a little cycle on the exercise bikes.

“I got chatting to Paul who told me about the programme, and although I missed the September intake I was very much interested in the January one.

“He told me in preparation for the programme to start with some gentle walks, keeping my activity levels up, which may sound obvious but it was important.”

The Football Fans in Training (FFIT) programme is designed by the Scottish Football League Trust and targets men aged between 35 and 65 with a waist size +38inches and BMI over 27. The aim of the course is for participants to lose between 5-10% of their body weight and lower their blood pressure.

“I attended the sessions in January this year, and I lost two stone on the programme, going on to lose a further two stone after that by keeping on with the initiatives and ideas I was taught during those 12 weeks,” said Mark.

“The programme was fantastic; we were all football fans, all had a common thread that we supported the Boro, so I felt very comfortable going to the sessions as they were a great group of lads. 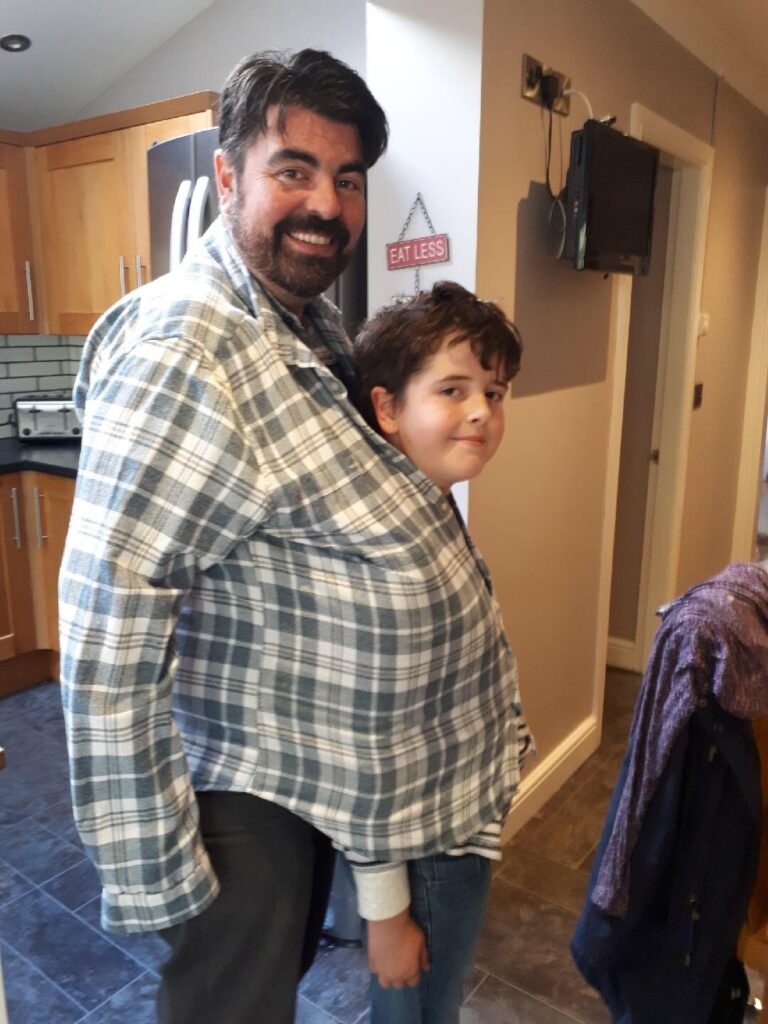 “The sessions themselves were really educational, and the biggest impact it had on me was simply about learning exactly what you’re eating.”

“Planning your food for a week, looking at the traffic light system on the packets, and learning that it’s not about what you can’t eat, it’s what you can eat.

“You can have poached eggs, bacon medallions, low fat sausages, it’s all about being smart with your food.”

Now four stone lighter and both healthier and happier, Mark even marked his success by completing the Great North Run half marathon in September, a remarkable feat given his progress over the past eight months.

“Mentally, I’m a completely different person. I wouldn’t say I was depressed when I was heavy, but I certainly wasn’t happy with myself.

“It increased my confidence, and I felt that exuded from me, especially when people noticed and commented that you had looked like you’d lost weight.

“I keep saying it, but it really has changed my life. The programme changes your mind-set; it’s not a diet, it’s a lifestyle change.”