Foundation And Boro Set The Pace In Project Escape Room

The combined efforts of MFC Foundation and the Boro have laid down a marker in a team-building exercise in the town centre.

Project Escape Room invited a team from the Foundation and one from the Boro to take on a challenge in their building just around the corner from the Dundas Arcade.

Both teams were locked in to two separate rooms, each with a Sherlock Holmes theme and each containing a series of clues leading to the key to the door and freedom! 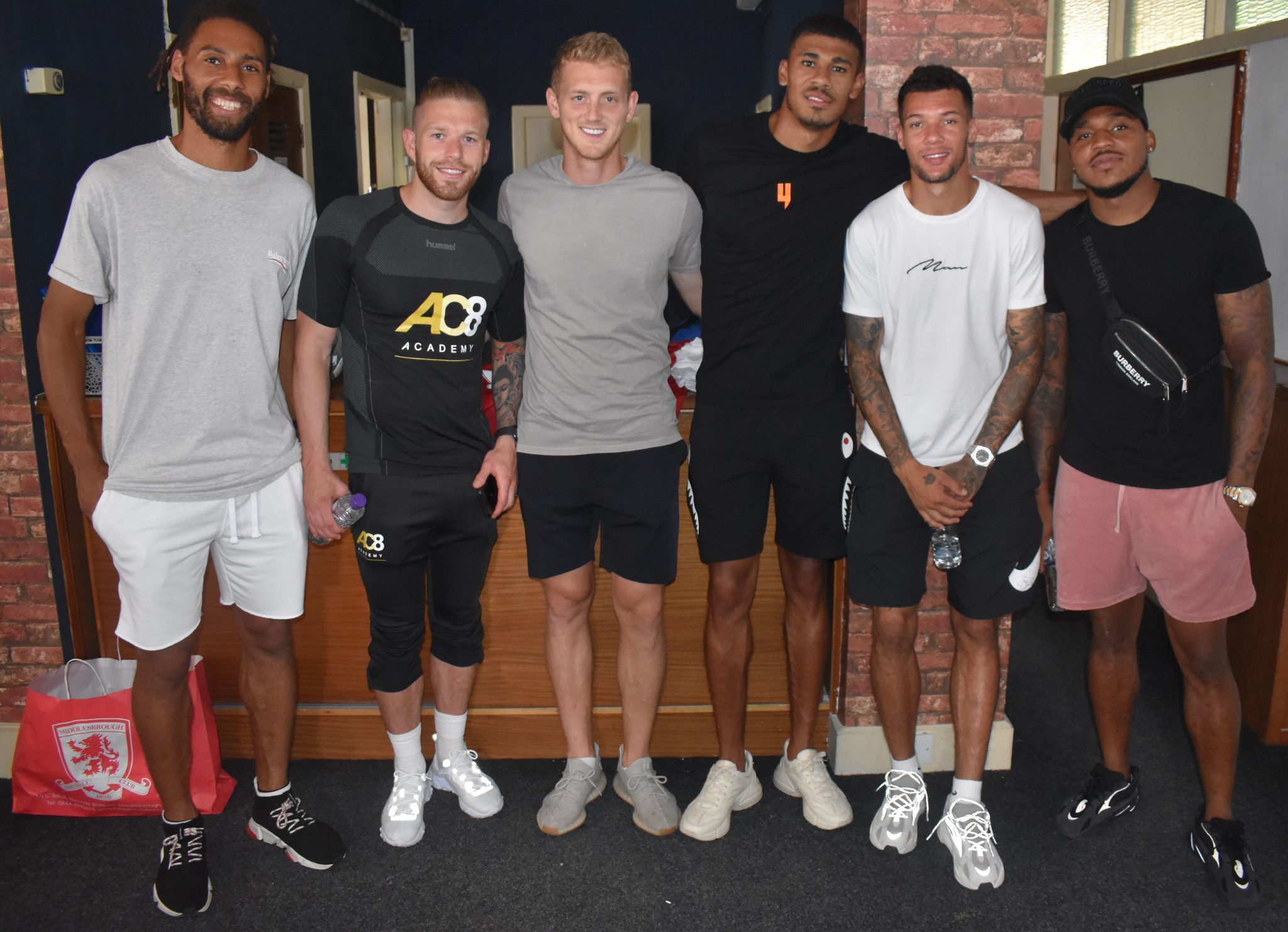 “What a great experience,” said Ryan. “Everyone in the team had to contribute something, just like in a game. We really enjoyed it, it brings teamwork to the fore.” 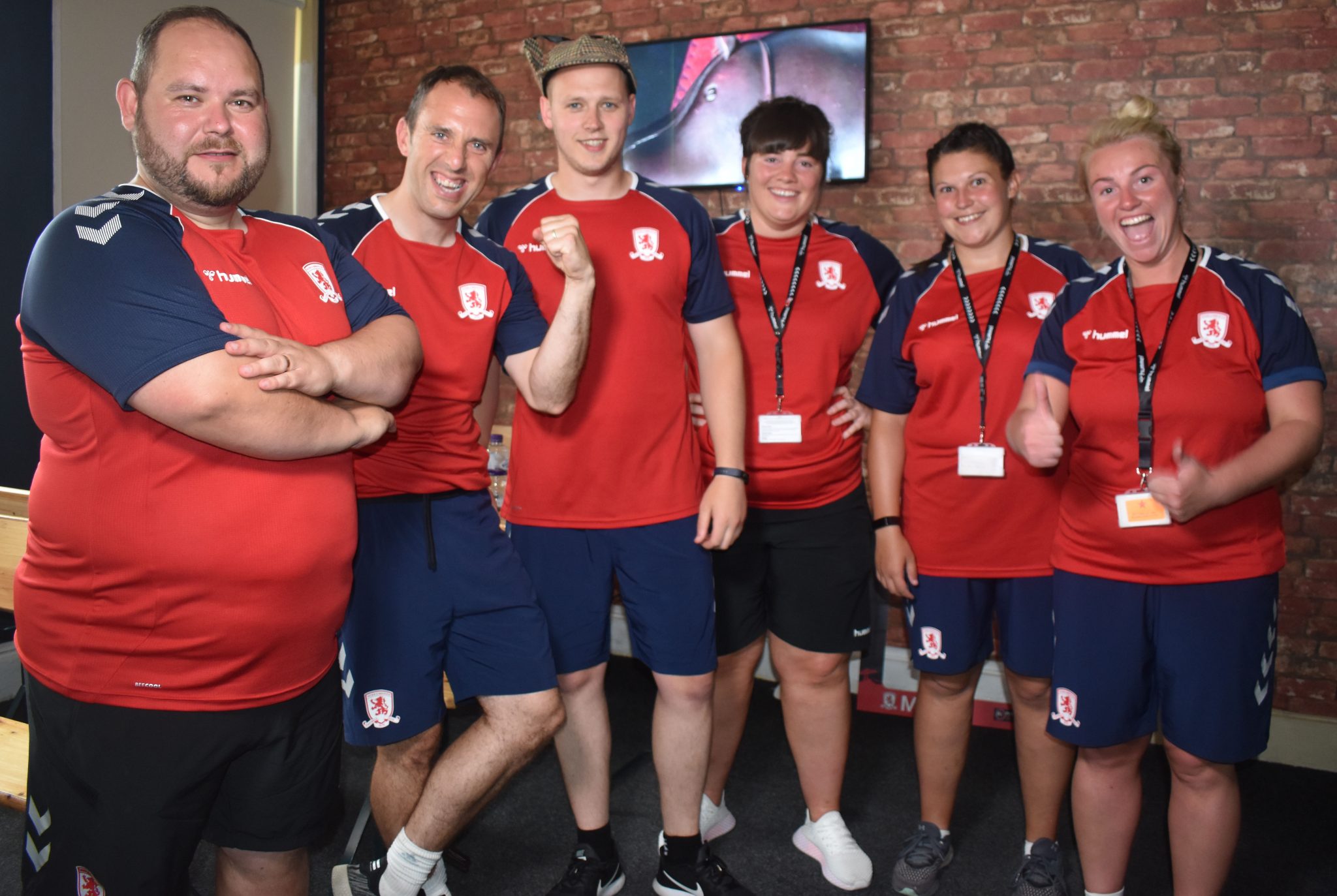 The Foundation team of L-R: Marc McPhillips, Steven Bell, Lee Grace, Kelly Daley, Rachel Horsley and Claire Streeter, who look after various projects across the organisation, came together and took on the challenge.

“We loved it,” said Claire. “We love a challenge. We help people across our region meet challenges every day. Just like the lads, teamwork got us through it. Everyone contributed.” 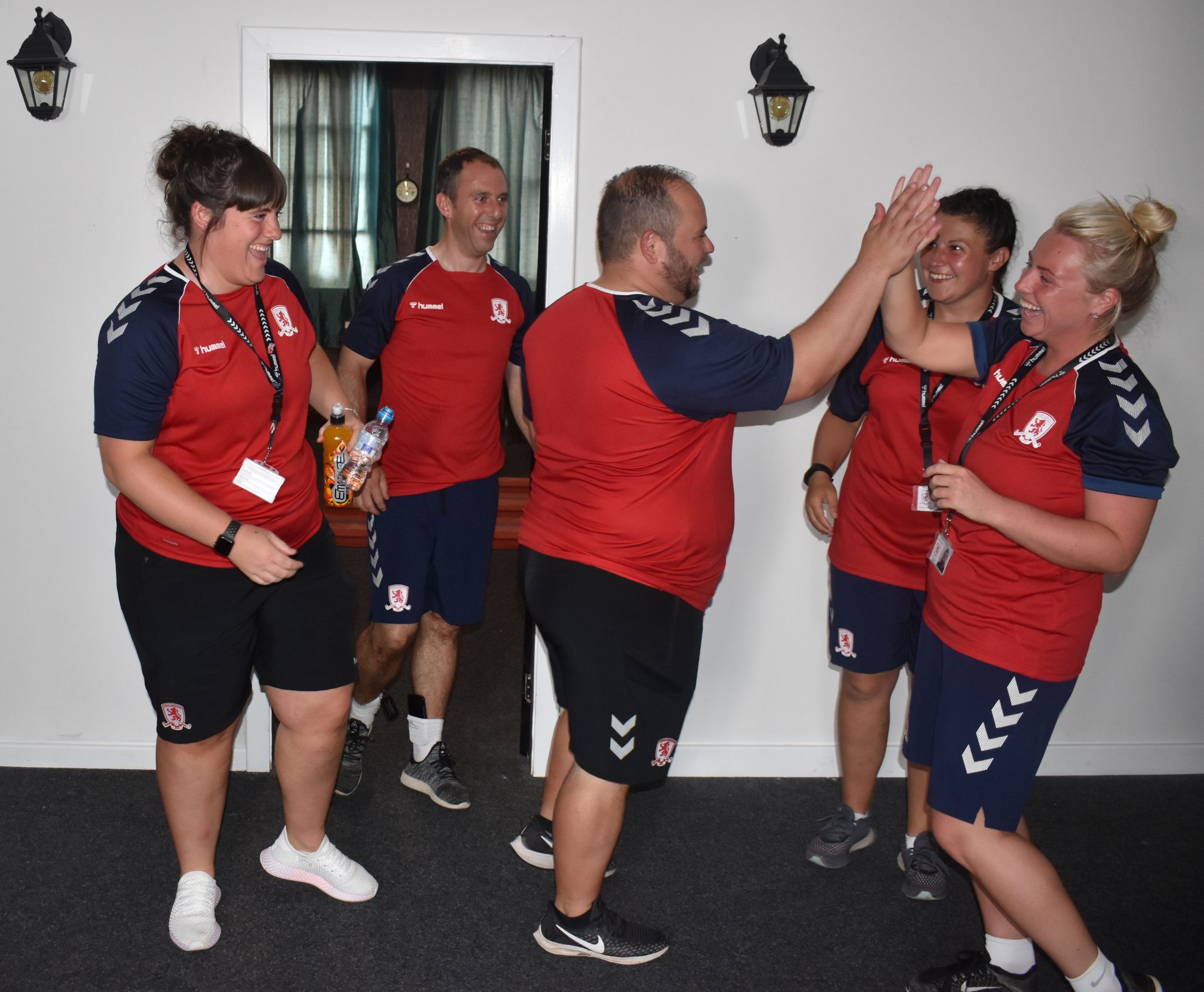 The time to beat is 35 minutes 30 seconds. Can your team better that?

Throughout the season we will be compiling a league table. Prizes on offer for the winning team include being invited to the final game of the regular season at the Riverside; make the half-time draw at the Riverside in one game; have your team photo taken pitchside with the Escape Challenge Trophy.

Contact Project Escape https://www.project-escape.co.uk/ to book your place and see if you can step up to the challenge!

We would like to thank the Boro lads for their time and continued support here at the Foundation and we wish them all the very best this season in their quest to be the best.