MFC Foundation’s ‘Football Fans in Training’ programme, a free health and fitness programme for men on Teesside has been praised nationally by the National Health Service (NHS).

NHS England chief executive Simon Stevens has today backed a scheme that lets overweight football fans train at their club’s stadium, encouraging them to get fit and live a healthier, more active life.

Five clubs from the English Football League Trust are already taking part in the Football Fans in Training (FFIT) programme, first run in Scotland – which sees overweight men coached for 12 weeks at their team’s home ground.

Clubs put on a three-month programme of exercise and sports and give advice on healthy eating.

Our Head of Foundation, Helena Bowman, and former programme participant, Mark Davies spoke on Sky News on Boxing Day about how the initiative has benefited people in the Middlesbrough area.

Middlesbrough FC Foundation were one of the pioneers of the programme, and the only community trust to deliver Football Fans in Training in the North East & Yorkshire.

Simon Stevens said that the scheme in England will help cut type 2 diabetes and other obesity-related problems including heart disease and several types of cancer, improving health and relieving pressure on the NHS.

Simon Stevens, Chief Executive of NHS England, said: “Obesity is a public health emergency and tackling it needs to be a team effort.

“Football clubs are the centre of communities across England and working with them to encourage fans to get fit is a great idea that can produce real results.

“As the NHS prepares to publish a long term plan that will include a renewed focus on prevention, commissioners should consider whether schemes like this can help patients live fitter, healthier lives – and take pressure off on NHS services.” 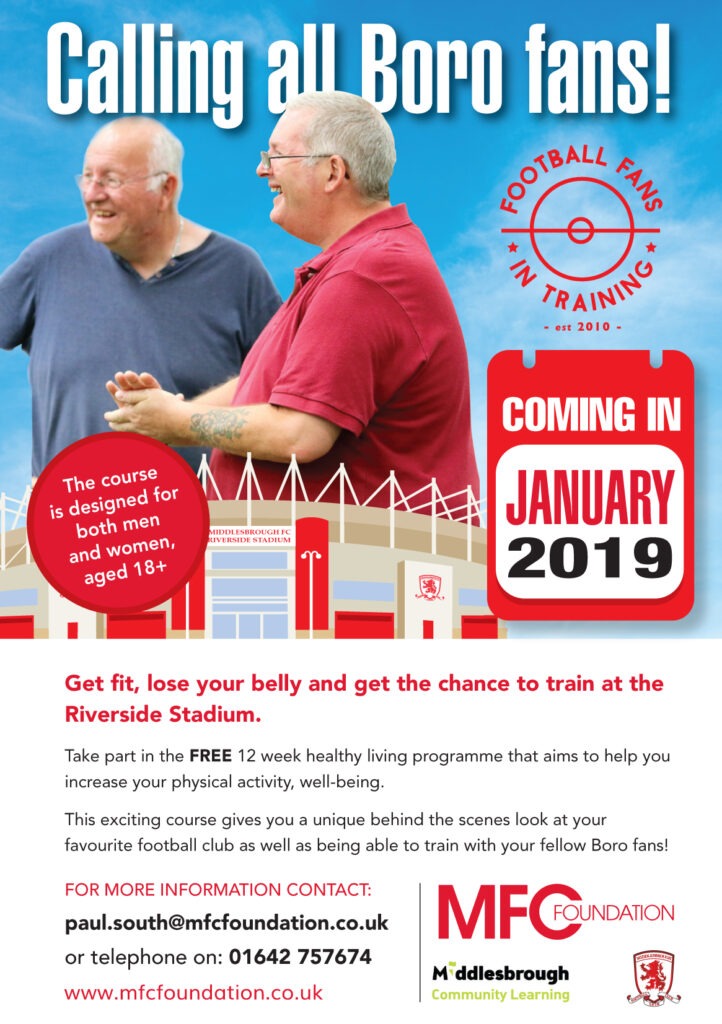