It has taken a few years for Marton local Nick Moore to discover his calling in terms of a career, but now with MFC Foundation and Coach Core, the 21-year-old can focus on a bright future as an apprentice Sports Coach.

Having left school after Year 11,  Nick originally sought an apprenticeship with a local joinery company in Middlesbrough. An opportunity to learn a new trade, Nick sadly found himself back at square one after just a few months when the organisation was forced into liquidation.

He returned to education the following year, signing up to a two-year course at Middlesbrough College to study Music Technology. Nick enjoyed the course, but over the following 12 months after graduating he found his options very limited in terms of new employment.

That’s when Nick turned to his other passion, sport. He joined MFC Foundation’s Youth Employment and Premier League Works programmes, and attained his Level 1 Coaching award.

From working with the Foundation, Nick was offered the opportunity to further his development with a Sports Coaching apprenticeship with Coach Core, a decision he ranks as one of the best he has ever made.

“I’ve always been interested in sport, but I’ve never been able to play them at a high enough standard. I’ve thought about coaching it for a while though, and after getting my Level 1 through the Foundation programmes I thought I’d try and stick with it and see what I could achieve. Coach Core gave me the platform to discover my passion for coaching”

“I already knew a lot of people around the Foundation, so it wasn’t too daunting. On the teaching aspect, I was really looking forward to delivering in schools. You get a real satisfaction out of seeing the kids improve their skills thanks to your teaching, and seeing how you’ve made a difference to them.”

Over the past six months, Nick has been delivering a Girls Football after school club at Ingleby Manor, for girls aged Year 7-9.

Girls Football Lead, Rachel Horsley, said: “Nick has made great strides in his development as a coach over the past few months, and you can tell that he his beginning to enjoy it more and more.

“He has developed new skills from many of the Foundation’s other delivery staff, as well as the coaches from Coach Core. I’m positive he’ll make a great coach in the future, as he has a passion for sport, and a desire to make a difference.”

Nick added: “I’d never coached on a programme specifically for girls, so at first it was a challenge for me to adapt the way I coach. One of the most satisfying things from coaching the girls is trying to connect with the ones who seem disengaged, and perhaps not completely confident in their footballing abilities.” 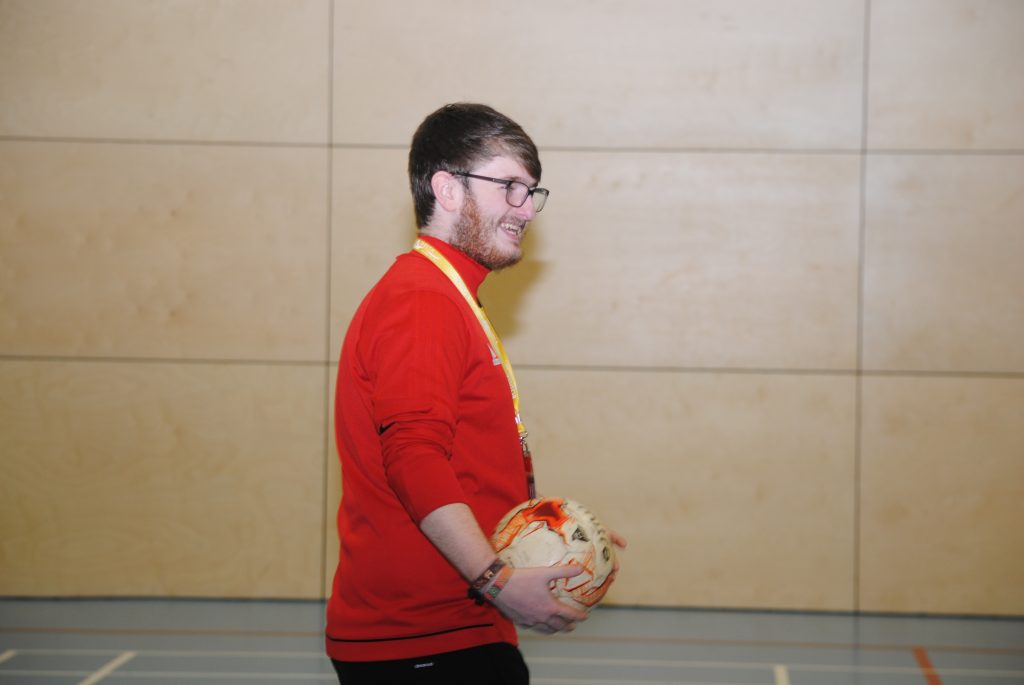 And with apprenticeships offering valuable alternative pathways for young people, Nick highlighted the two main reasons as to why he chose the route of Coach Core.

“With an apprenticeship, you’re learning on the job, rather than sitting there and being told what to do in a classroom. That’s the side I appreciate, as I feel as though I can learn more about coaching by planning lessons and delivering them day in, day out.

“Secondly, apprenticeships give you the chance to earn some money while learning, which goes a long way for young people like myself. It means you don’t have to balance a job whilst studying, and gives you that extra bit of incentive to work hard.”