Wasn’t it great to see Captain Tom Moore back in the limelight as the NHS celebrated their 72nd birthday recently.

Captain Sir Thomas Moore, so titled under MOD protocol, entered the Guinness Book of Records after raising an estimated £33m for the NHS days before his 100th birthday.

He was also made an honorary colonel early in a summer no-one will ever forget.

When fans are allowed back into the Riverside, those in the GRFZ will be met with an outstanding piece of work made by pupils from Skelton Primary School with Captain Tom at the heart of it.

Walk from pitchside up the tunnel in the North East Corner and you can’t fail to see the fruits of the labours of schoolchildren who were asked to make a collage with tiles, on which would be images of what they remembered from what has proved to be the early days of Covid-19.

The concept was the brainchild of MFC Foundation Boro Bus coordinator Lee Harding who said: “I am really pleased with how it’s turned out, as were the children who helped. We wanted to keep it simple and left the ideas to them.

“When we can all get back into the stadium we’d encourage as many as possible to go and have look, maybe get your photo taken next to it.

“The pupils and teachers worked with great enthusiasm and this will be a lasting tribute to the NHS, and Captain Tom of course, and a reminder of how everyone pulled together to help each other.” 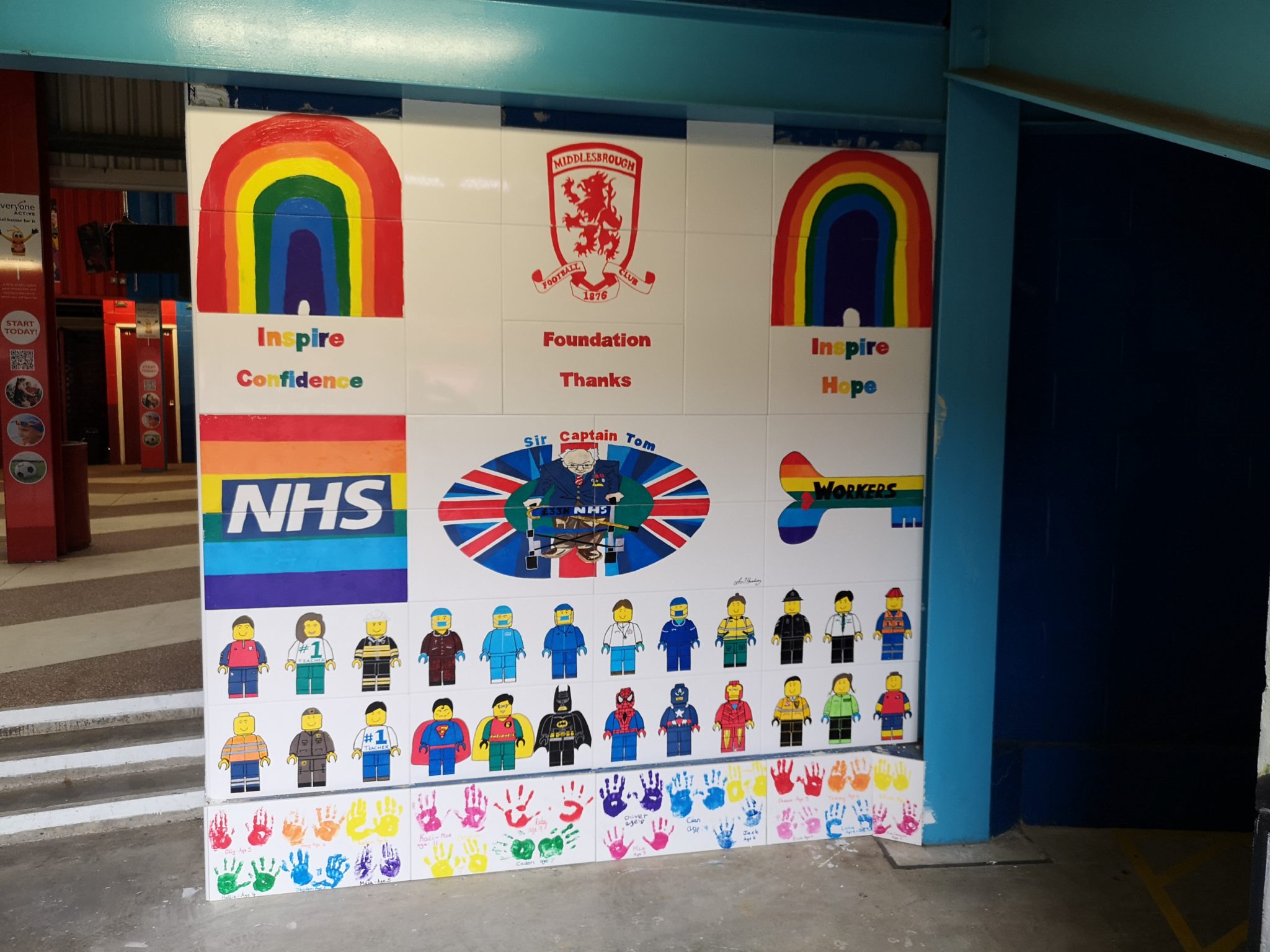 Pictures in the gallery below are some of the pupils who worked on the project, a framed print for their school and a certificate presented to the head and deputy head of Skelton Primary by Lee Harding.