Middlesbrough FC stars Stewart Downing, Cyrus Christie and Dael Fry visited one of our partner schools Rose Wood Academy to spread some festive joy on the build up to Christmas.

The three players were at the Coulby Newham-based primary school as part of the club’s Christmas in the Community, after the rest of the squad had visited hospitals, care homes and hospices in the previous week.

Downing, Christie and Fry went from class to class to meet each and every year group at the school, taking part in Q&A’s, signing autographs, posing for photos, and handing out prizes and awards.

The players also came bearing gifts, as they presented a signed shirt to the school, as well as a number of other Christmas-themed presents. 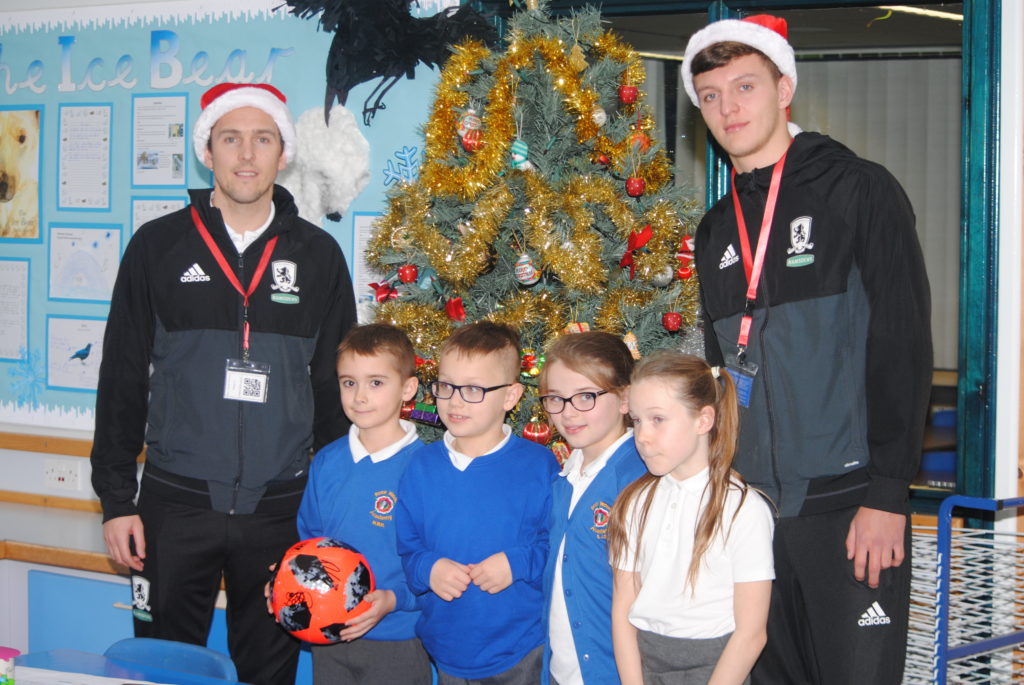 Rose Wood Academy currently take part in the Premier League Primary Stars programme, which inspires girls and boys aged 5-11 in the classroom, the playground and on the sports field. The school is also set to start the Roary’s Class Acts attendance programme in the New Year.

As you may have seen, MFC Foundation have teamed up with the Royal Foundation’s Coach Core scheme, which helps increase opportunities for young people to access apprenticeships in sports coaching.

Reanna Pattison is currently on placement at the school, as she is training to be a P.E. teacher. 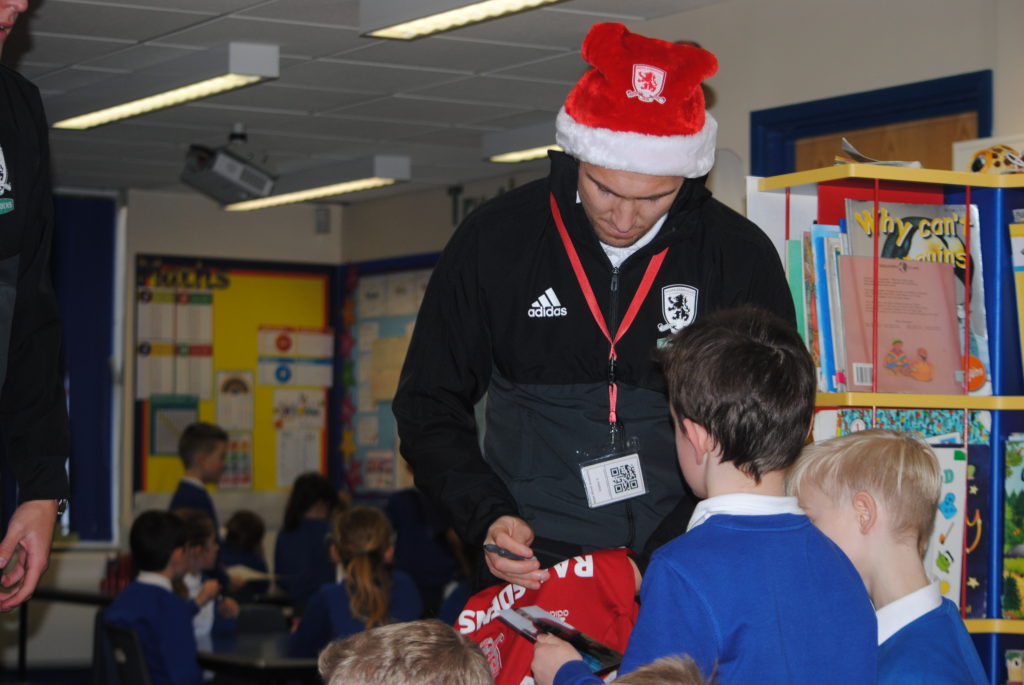 “I have really enjoyed working with the children at Rose Wood since I started last month,” she said.

“The children have really made this apprenticeship special. I’ve always wanted to be a P.E. teacher, and I’m really looking forward to being able to do more outdoor work with the children when the weather improves in the New Year.

“I’m a Middlesbrough fan myself, and to have three athletes such as the players who have succeeded in physical education, it’s very inspiring to the young boys and girls here at Rose Wood.”

Having grown up in the town, Downing was delighted to hear about the Foundation’s partnership with Coach Core.

“It’s great to see that Middlesbrough is trying to encourage more young people into sports coaching.

“I grew up with a number of talented and hard-working football coaches and P.E. teachers, and I think it’s brilliant that there is opportunities in place for more.” 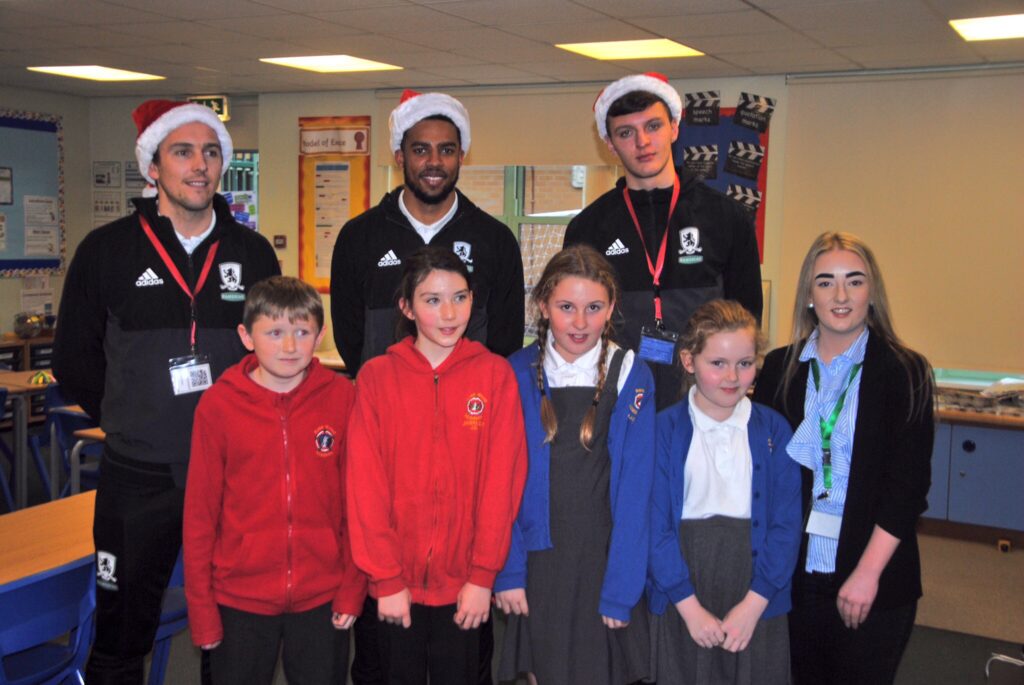