George Friend, Adama Traore, Daniel Ayala and Tomas Mejias dropped by at Parkville Care Home in Middlesbrough this week as part of the club’s Christmas in the Community visits around the region.

The four players joined MFC Foundation staff at the care facility in Newport for some festive fun with the residents and their families, as they went round and posed for photos, signed autographs, and shared some interesting Boro tales of yesteryear. 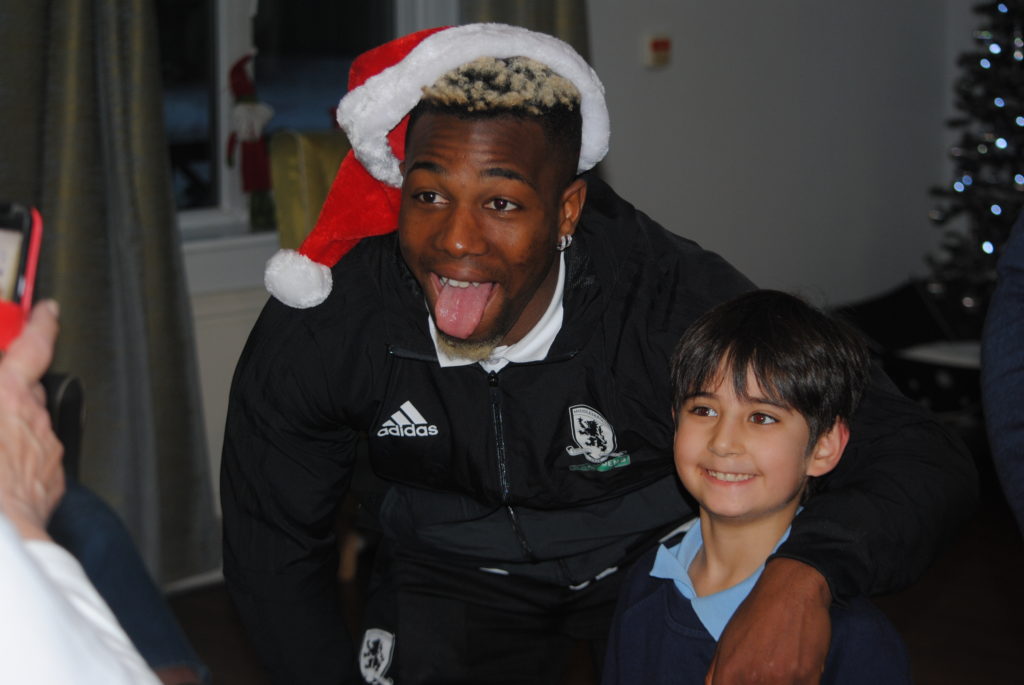 Among the excited group was Callum, whose grandfather is a resident of Parkville. Callum is a massive Middlesbrough fan, and originally visited the home that day to help make tree ornaments for the elderly to sell to as part of their Christmas fundraiser. Little did Callum know that his favourite player, George Friend, and four of his team-mates were about to surprise him.

Caroline McGreevey, Activities Coorindator at Parkville said: “We were absolutely thrilled with the players visiting our home. They lit up the place, and we had some very happy and lively residents because of their visit!

“Callum is such a big Boro supporter, and I can’t think of any young boy who deserved an opportunity such as this one as much as he did.”

Prestige Care Group have been caring for residents for over 23 years now on Teesside, with over four different sites in total. They sponsored last year’s MFC Foundation Annual Golf Day at Rockliffe Hall back in May, and are great supporters of Middlesbrough Football Club. 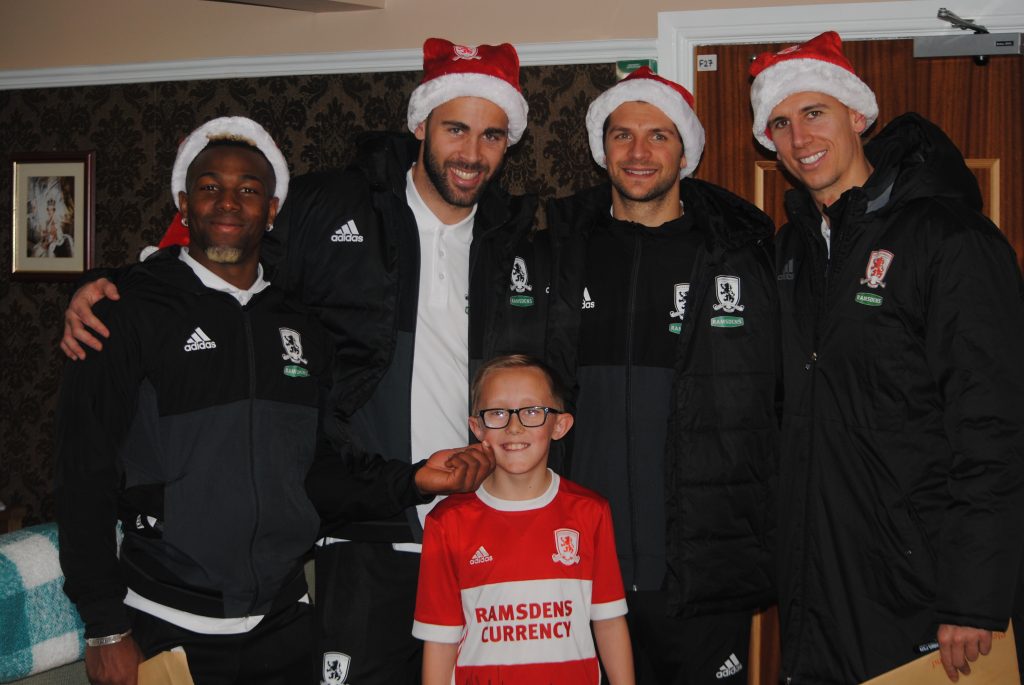