Stars of Middlesbrough FC past and present faced off in a charity quiz night, ‘A Question of Boro’, to raise funds for MFC Foundation and the Riverside Stadium.

A unique take on the sporting shows ‘A Question of Sport’ and ‘A League of their Own’, George Friend, Stewart Downing, Jordan Hugill and Dael Fry took on a three-man team of ex-pros Jonathan Woodgate, Gary Pallister and Mark Proctor on a night of laughter, mischief, and even the odd correct answer! 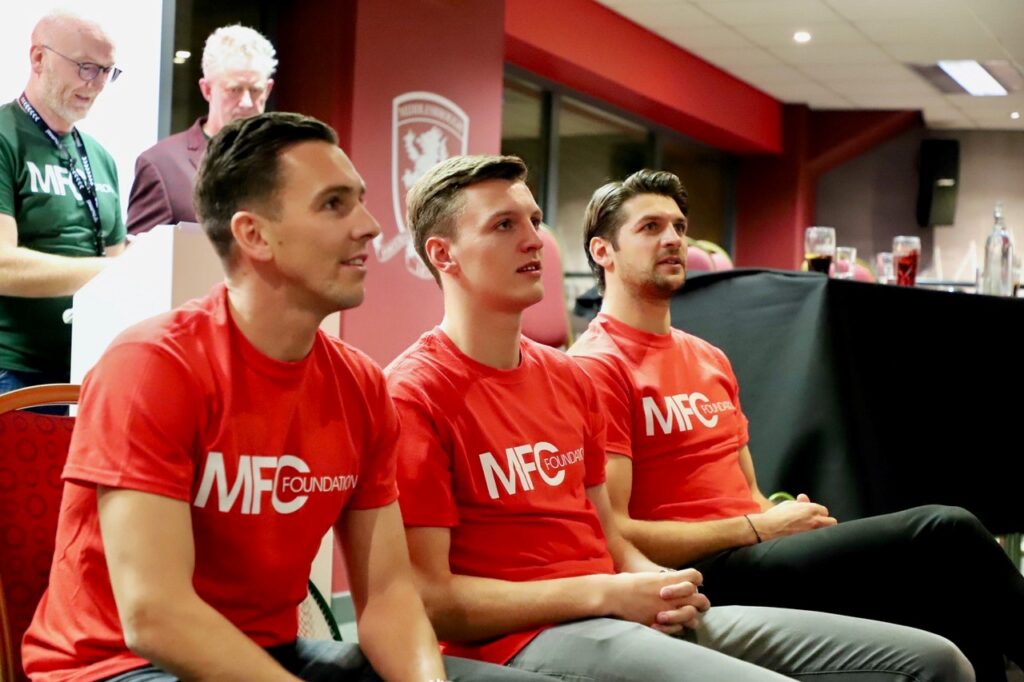 Held in the Legends Lounge, the first half of the night saw the teams tested on their ‘MFC Trivia’, which not only involved answering the questions, but hanging numbered laundry items on a washing line to get the points.

Other famous rounds from the BBC show were replicated with a Boro twist, including a Picture Round and ‘What Happens Next’, while former Boro players Ross Turnbull and Craig Liddle provided their services on the golf course and Rockliffe kitchen respectively for the ‘Mystery Guest’.

The highlight of the night was undoubtedly the ‘Sporting Charades’ round, which saw a player from each team act out a sporting action from the board, while wearing a giant crying baby mask, as the rest of their team guessed the answer.

Hugill and Proctor stepped up to the task, with their hilarious impressions leaving supporters in the crowd in hysterics, with the former impressing with his acting skills by scoring an exceptional 12 points in just two minutes. 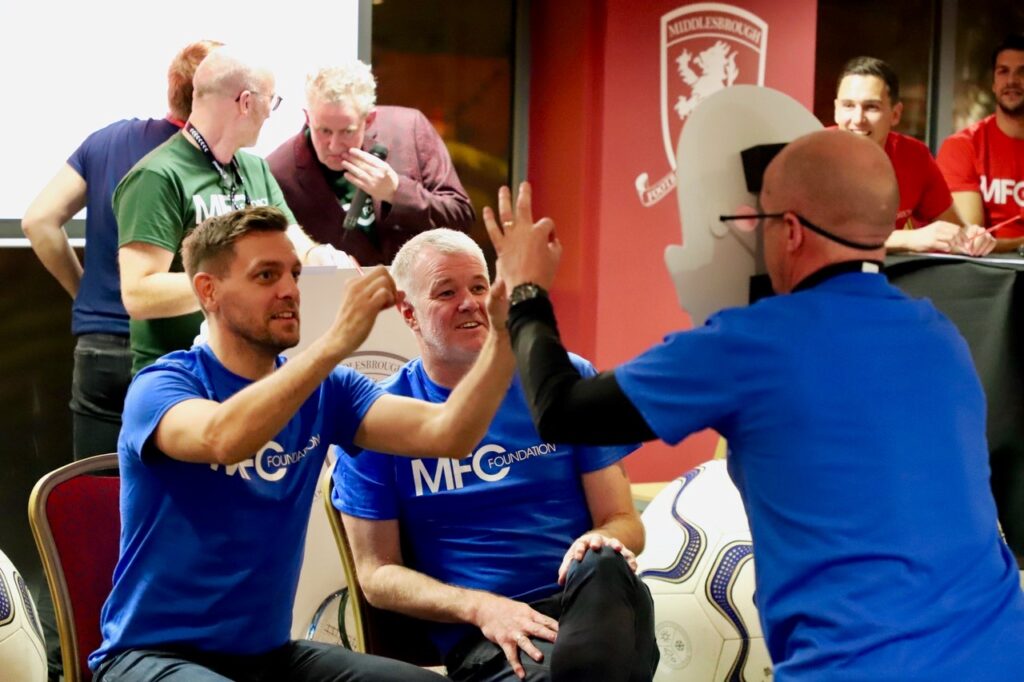 After 12 rounds of jokes and laughter, it was the current Boro stars who emerged victorious, avenging the team of Lee Tomlin, Jason Steele, Rhys Williams and Danny Graham, who lost the first ever ‘A Question of Boro’ event back in 2014.

George Friend said on the night: “The lads had a great night at the quiz show, we couldn’t stop laughing the whole evening! It was a pleasure to be involved, and although it was all fun and games, I’m delighted that the event has raised lots of valuable funds for the Foundation, to help with the work that they do around Teesside.

Diane O’Connell, Fundraising Events Coordinator, added: “I’d like to thank everyone who helped make this night as fantastic as it was. There are so many people to name, but I’ve thanked each of them individually for their time and support. It is my final event working here at MFC Foundation and Middlesbrough FC, and I’m thrilled that it ended on such a high.”

MFC Foundation would like to thank Diane O’Connell for her hard work and dedication throughout 29 seasons with the football club and Foundation. We wish her all the best for the future.