Boro Players Back NCS Prior to Blackburn Win

Middlesbrough FC’s first-team gave their support to the National Citizen Service programme on Sunday prior to kick off in their 1-0 win over Blackburn Rovers, by wearing t-shirts during the warm-up.

MFC Foundation teamed up with Blackburn Rovers Community Trust to promote the nation’s fasting growing youth movement, which empowers and motivates young people age 15-17 through a four-phase programme specifically designed to provide them with all sorts of new experiences.

All of the events of the day were organised and planned by NCS Graduates from Rovers Community Trust’s core programme, and supported by grads who had come through our programme here on Teesside.

The young people were briefed at Ewood Park’s Community Zone, before taking part in a number of planned events including a CPR workshop delivered to both Middlesbrough FC and Blackburn Rovers fans. The plan was to educate fans on the basics of CPR, and to raise awareness and funds to purchase a defibrillator for a local grassroots football club within the Blackburn area.

After taking some pitch-side photos, one graduate from each team were interviewed by the English Football League (EFL), sharing their own past experiences from being on programme. Both groups took part in the pre-match flag parade, as well as walk around the pitch at half-time to promote NCS.

Liam Daniels, who completed the NCS programme in 2017 said: “We had a fantastic day at Ewood Park, meeting up with the Blackburn Rovers Community Trust Grads, and enjoying the day at the football.

“It was a great experience for us all, and for me personally, being interviewed by the EFL and to be featured live on Sky Sports was pretty crazy!

“NCS was one of the best experiences I’ve ever had. I learned so many new skills, and met loads of new people. I can’t recommend the programme enough to anyone who is thinking about doing it.”

The day was a fantastic day had by all and allowed both sets of graduates to link up and share their NCS experiences both with the crowd and with one another. 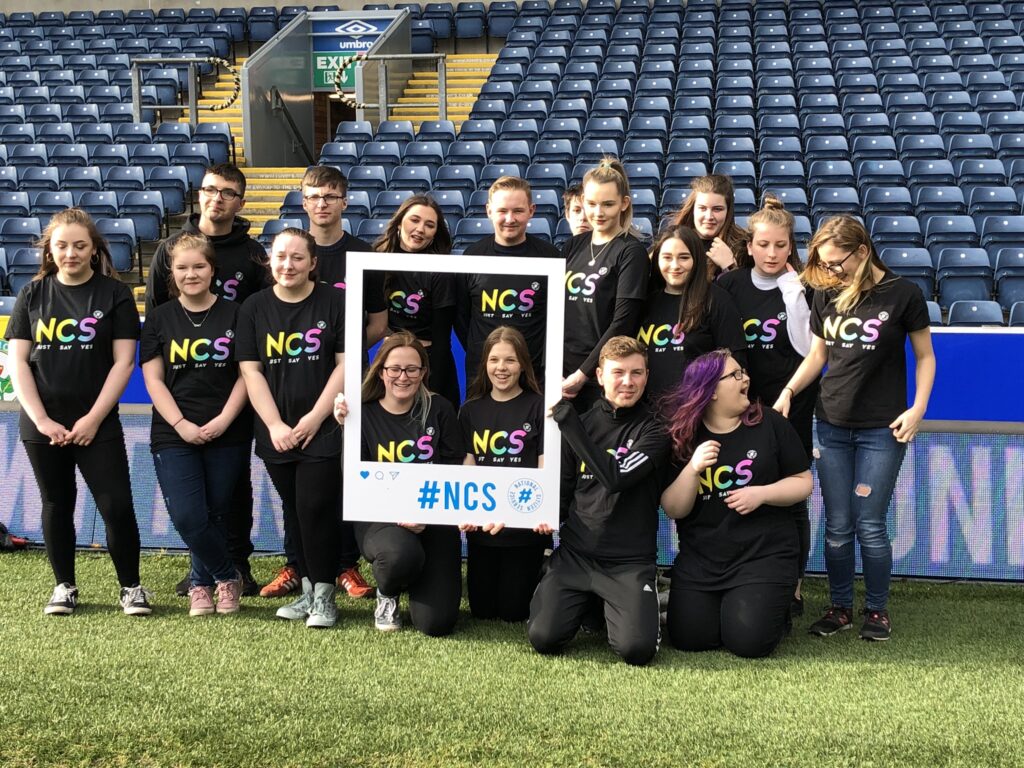